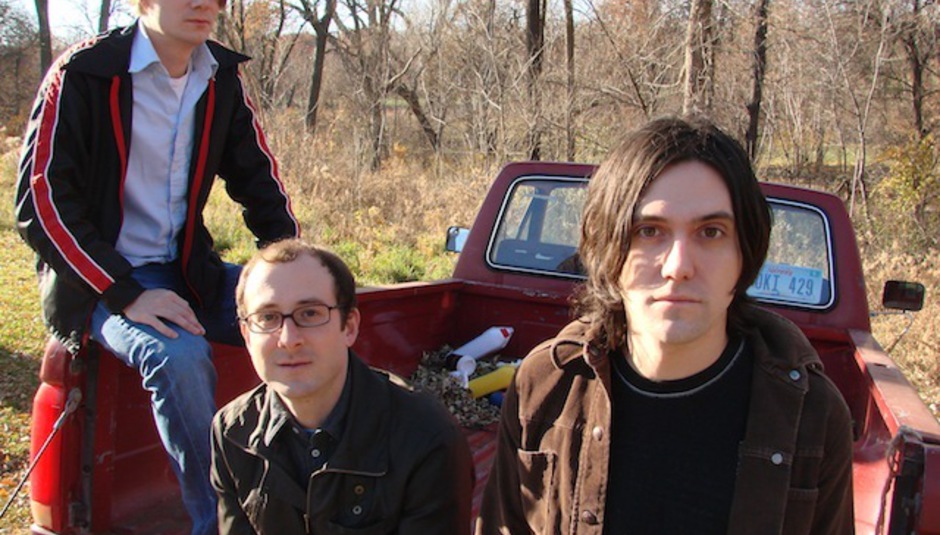 Ok, chillax, don't go getting too overexcited by that headline, it's just a few new tracks on the reissue of One Jug Of Wine, Two Vessels the joint EP by Bright Eyes & Neva Dinova.

The four brand new songs will be released in the UK by Saddle Creek on 29th March. Here's a little audio visual sampler:


If you missed this on its original release, here's a quick catch up (hope you're taking notes!) Back in 2003, Conor Oberst (aka Bright Eyes) and revered Nebraskan songwriters Jake Bellows of Neva Divona brought their bands together in an Omaha basement to record an EP for indie label Crank! (which came out in 2004). It went on to become a bit of a collectors' item for Oberst fan-boys and fan-gals....

Bright Eyes and Neva Dinova reconvened in the fall (aka Autumn) of 2009 to write and record four brand new tracks at Mike Mogis’ ARC Studios (he mixed the original EP too fact fans!), creating - as the not meant to be misleading headline suggests - an album-length work that includes the first new Bright Eyes material since 2007’s Cassadaga.

Not enough info? Back in 2004 both bands’ front men explained their collaboration:

Jake Bellows: "I think it was 1996 when we met for the first time. We played a show with Norman Bailer and Commander Venus and I forgot the words to one of our songs. Conor was in the audience and hollered out the next line of the song. I couldn't believe that someone in town knew our music. Maybe it was a year or two ago that we first talked about doing some kind of split or something. This was our first time collaborating with anyone and we wanted to see if we could make some music with our friends. We think Conor is a great songwriter and we were honored to work with him. Also, we had a shit-ton of fun."

Conor Oberst: “There’s a feeling I get when I hear Jake sing that is rather addictive. It runs the length of my spine and makes me feel as if I were living some wonderful life long ago...maybe the roaring twenties...smoking strong cigarettes in red tinted parlor with a record player you have that winds like a watch by turning a crank, but the music beneath that voice is more familiar. It sounds like Omaha - a decade of house shows and warped seven inches and drunken band practices that we have all shared. Making this record was something Jake and I had talk about many times over the last few years but every time our schedules allowed we preferred glorious drinking binges and nonsense conversations over getting anything done…But finally we did it. Recording Jake singing one of my songs is one of the most special things that has ever happened to me musically. It was so much fun recording these songs. We seamlessly moved from Heath & Jake's basement to mine to Presto! the whole time feeling motivated by the songs and having a great laugh along the way.”

Anything else you wanna know? Good. Great. Kthxbi.

P.S. No, there's still no details of the 'final' Bright Eyes album, we've given up hassling their PR about it for a while.