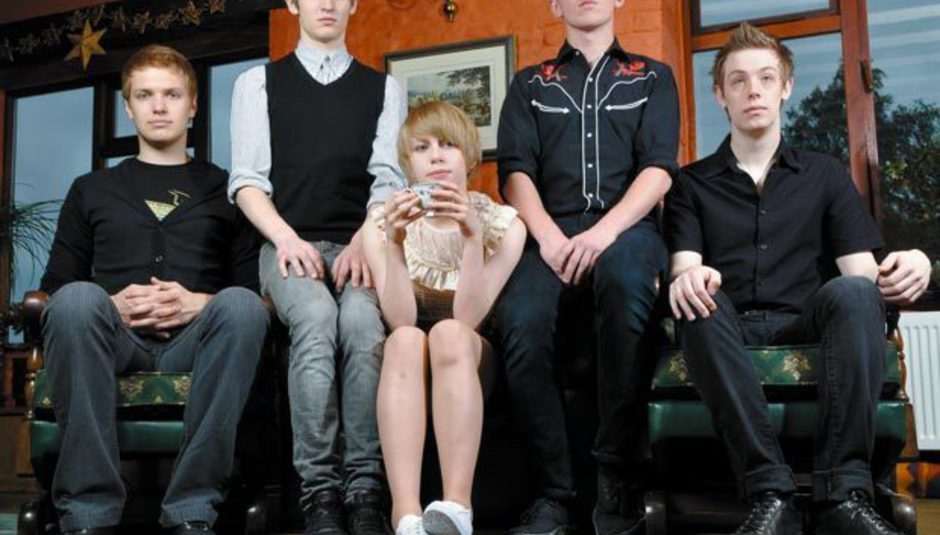 Sheffield noise-quintet Rolo Tomassi have announced details of their forthcoming Diplo-produced second record, which will be released through Hassle Records.

It'll be called Cosmology, and will hit the shelves on April 19. The album, as well as being produced by Diplo, has been mastered by Howie Weinberg, who has worked with artists such as Nirvana, for Nevermind and Jeff Buckley for Grace, as well as, more recently Spoon's Transference. So no BIG deal, then.

Keyboardist and vocalist James Spence said, of the album:

"With this album, we really feel as though we've finally settled into our own sound. In the past we struggled to truly pin down what we wanted to do musically and that has been demonstrated in earlier material, but with 'Cosmology', we feel as though we're taking the band where we've always intended to".

"Because this album was written in the space of a few months, the songs were really fresh going over to LA rather than it being a gradual process, as it was with Hysterics. It was amazing to have the experience in somewhere completely different with a producer like Diplo and it really felt like a new start for the band."

Click here to get a bit more background information on the recording process, when we announced that the collaboration was actually happening. It also includes a lovely picture of them all together.

One of the hardest touring bands in the country, SOME things never change! They'll play themselves into the ground on the following dates in various countries across the world.