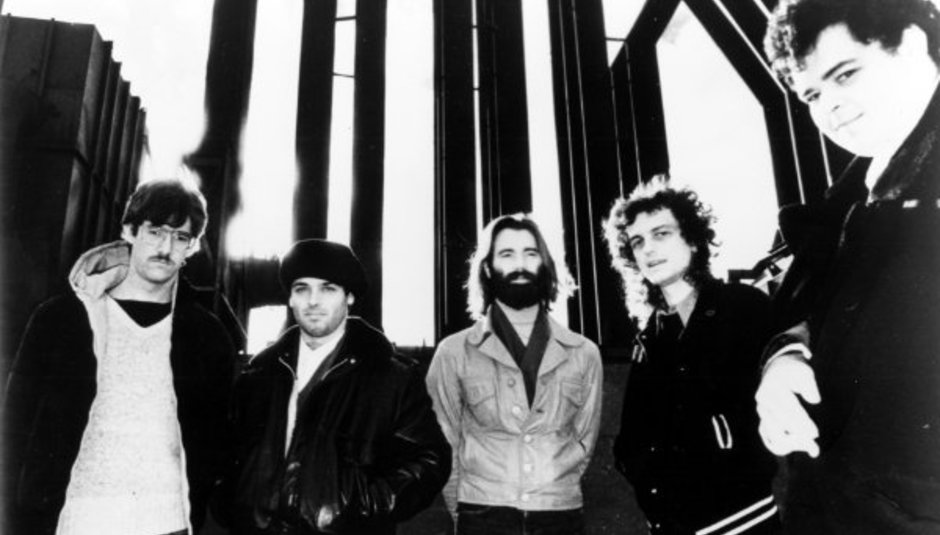 Cult American quintet Pere Ubu have announced a brief-ish February UK tour, promoting the release of their most recent and something like umpteenth record, Long Live Père Ubu!. All shows on the tour - except the one at the Garage in London - will be under the banner of 'Long Live Père Ubu! - The Spectacle'.

The 'Long Live Pere Ubu' shows will be an 'extraordinary event' involving, we are told, electronic ambience, connective dialogue, choreography as well as animations by The Brothers Quay. Intriguing to the maximum. Oh, and it takes the form of a radio play, which can only add to the spectacle, right? The line-up is probably different from the above photo, but features the following persons: David Thomas – vocals, Keith Moliné – guitar, Robert Wheeler – EML synthesizer, theremin, Gagarin – electronica, Michele Temple – bass, Steve Mehlman - drums.

The reason the London Garage show won't be all about the new record is because it's entitled 'Pere Ubu: The First & The Last', which will see the band bring both ends of their career together in performing their 1978 debut album, The Modern Dance, and then the latest record over the course of two sets.