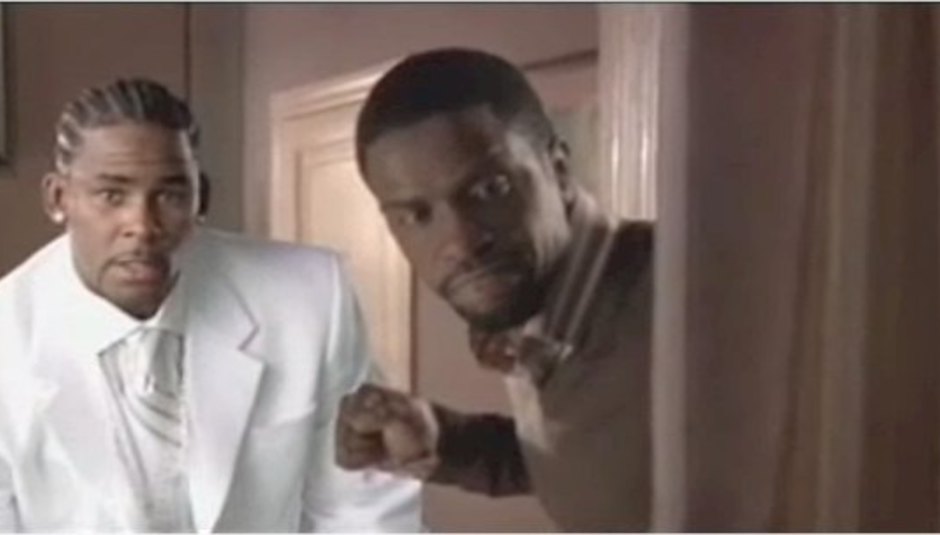 It’s been two-and-a-half long years since Chapter 22 faded to black and announced that the story of Sylvester and the backing cast of policeman, pimps and midgets was “To Be Continued”. Kelly put us out of our misery in a video posted to his Twitter account yesterday. He said:

“Yo, what’s up world! This is Kells. A question has been going on back and forth in my mind because I've been hearing a lot of people talk about ‘Trapped in the Closet’. People been asking what the package is – y'all know I'm not gonna give you all that, but I just finished up fifteen more chapters, but before I start releasing this stuff, I need to know… you know I’m at my best when I’m wanted… I need to know if this is what you want from me. Y'all let me know, 'cause I'm ready.”

We can only hope Kelly receives the attention and approval he clearly craves so that the new chapters, not to mention the director’s commentaries where Kelly witlessly describes the action in front of him, can find their waiting public.

Let's not forget the episode where Will Oldham turned up as a cop, either.