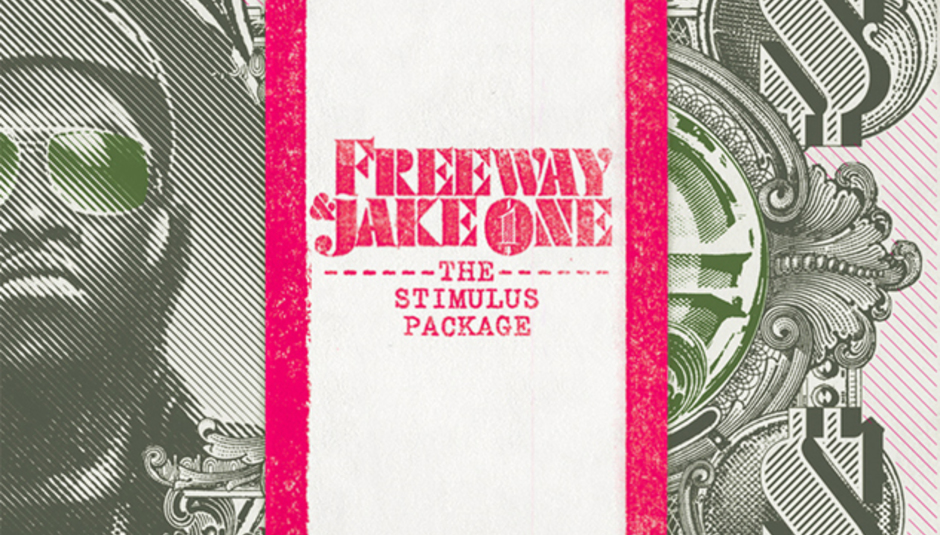 Over in the United States of America, that Obama bloke worked out a 'stimulus package' which, in layman's terms, means something like a major cash injection into the economy. I think. Also in America, rappist Freeway and producer Jake-One have been putting their heads together to finish on their own stimulus package, specifically an album which goes by that name. Most excellent news.

To give the taxpayers/music fans/general public something back, they've been very kind in allowing a free download of a mixtape, entitled The Beat Made Me Do It, which is NINETEEN whole tracks long and can be downloaded by clicking here. The album itself is out on February 15 on Rhymesayers Entertainment, a record label with a well-earned reputation.

Artwork and preview video below: