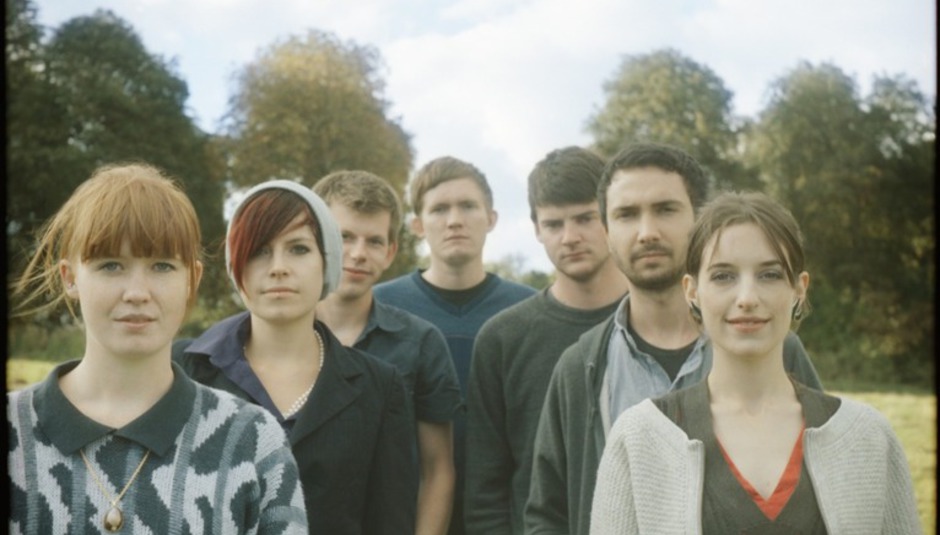 Now, we wouldn't normally do these sorts of stories for any old band, BUT, seeing as it's the Los Campesinos! takeover week of this website, coupled with the fact that they're generally marvellous human beings, then we're going to make an exception.

The good news for lovers of the band and residents of Cardiff and surrounding environs is that they'll be playing and headlining a special 'homecoming' show in that city, the place of their birth. The band's birth that is, not any individual members, as far as I know.

The show takes place on May 21 at Solus, and for the week of the album release, a bundle of ticket + album can be bought from Spillers record shop in Cardiff for the exceptionally low price of £18. Tickets without the album are priced at a still-pretty-reasonable £12.

Fear not, people of London! They'll also be showing their beautiful faces at a Rough Trade East in-store on Sunday, 31 January at 6PM. Romance Is Boring will be available to buy on that day, and those purchasing will be given a wristband for the performance. Any remaining wristbands will be given out at 5PM.

The band release Romance Is Boring on February 1 through Wichita, read our review of it here and click here for the rest of the material from their takeover week.