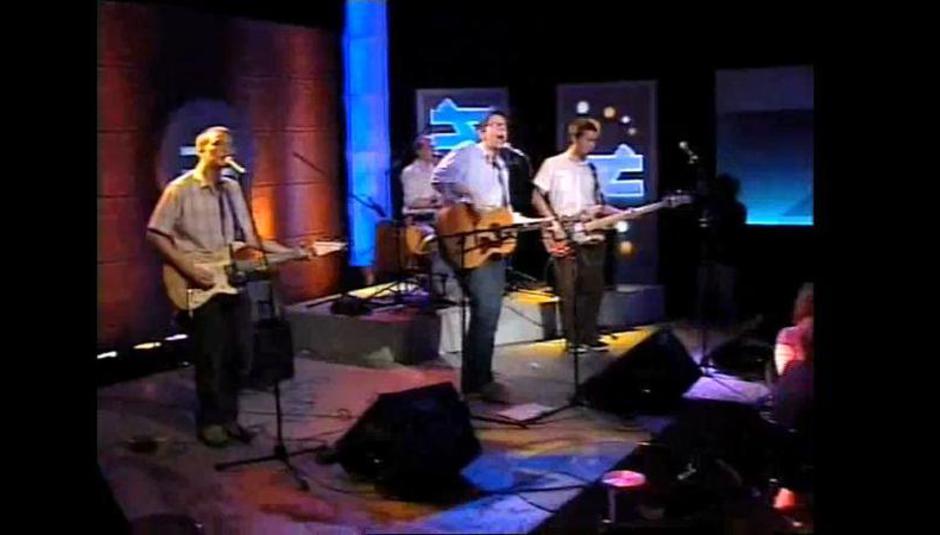 Some people say the indie-pop scene is incestious. Not in that way, but in the way that certain blokes and blokettes - some TWEE, some not - with instruments aren't afraid to link up with their chums for the sake of music and good times. I guess it's kind of like hip-hop in that way...

There's probably no greater example of this than Darren Hayman (who also did a song about The Wu-Tang Clan, for your information), formerly of Hefner, now a man producing the goods very much on his own, and The Wave Pictures. The band's rhythm section helped out when Darren joined up with Jack Hayter to play some Hefner songs a couple of years ago, amongst other things, and yeah...all those kinda deals.

It's pretty pleasing, then, to see a performance of Darren being backed, once again, by The Wave Pictures, including David Tattersall, live on Spanish TV.

The show appears to be called Basico, which sounds like an odd name, really, even for a Spanish TV show. What is even odder, however, is that everyone in the audience (all 18 of them) seem to be in business meetings, carrying on like there's nothing strange at all having a bunch of musicians enter their boardroom, which also happens to be a TV studio. We need more shit like that in this country, and less shit with The Public in. Very odd indeed.

New Joanna Newsom record to be a triple, watch videos of new songs