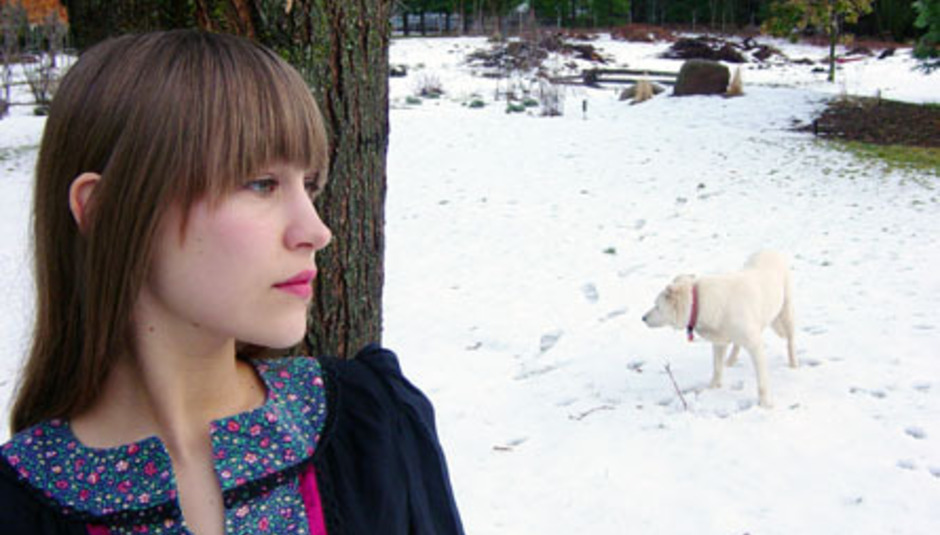 New Joanna Newsom record to be a triple, watch videos of new songs

There hasn't been an extraordinary amount of information revealed about Joanna Newsom's new record, Have One On Me, and what has been let out into the public has been in a slow trickle, leaving us gasping for MORE. Another nugget of information appeared today, with the news that the new record will be a triple album. That can only be good, right?

The word on actually how big a triple album it'll be still remains unheard. Perhaps it'll be 40 songs and 130 minutes of pure unbridled, flowing joy. Or maybe it'll be a little bit more down-stated 15 tracks of meandering mysticism. Or somewhere in between those two poles. Still, whatever it is, it's getting us eager to hear the damned thing. If that was the intention, then well done, I guess.

We do know a little bit, though, as Newsom aired some of the new tracks at her Sydney Opera House show last week. There's a few YouTube videos floating about the place, of varying quality, which you can watch below:

What we do know, from this setlist which was posted on Stereogum is that some of the new songs have the following names. Possibly. Please feel free to correct me, if some of these tracks are obscure unheard b-sides from way back when in her career.

Have One On Me is released on February 22/23 through Drag City.