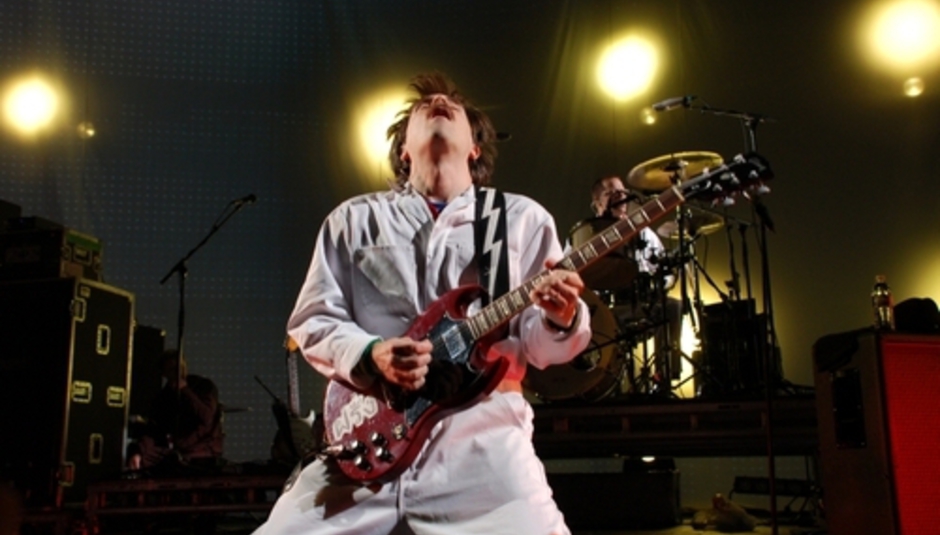 You don't get to where Weezer are right now without deserving at least some of the success which comes your way. Granted, things may have tailed off somewhat in the last few efforts, but I don't think it's possible to overestimate the brilliance and impact of the first few records. Even the Green Album was pretty smart.

Hayley Williams of Paramore seems to be a pretty big fan of the band, too, and why shouldn't she be. A video has turned up online of her performing with the band, live, what is arguably the best track from their Blue debut, 'Say It Ain't So'.

The opening moments might make you feel a little bit ill, but once the camera-man gets a grip after seeing Williams on-stage, things firm up a bit. Never realised Hayley was that small.