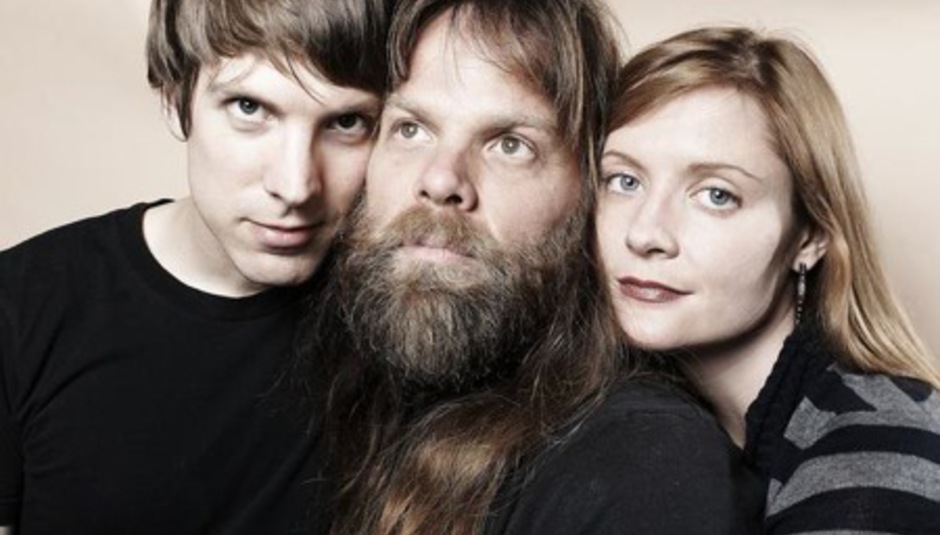 Shearwater ask for your money...in return for something lovely

Damn. If there's been one article written about the music industry going the same way as Wayne Mardle's darts, then there's been a hundred million of them. It's TOUGH out there, and folks want something for nothin'. Enter Shearwater.

The band are hoping to fund (they've already paid for it, so if you DON'T give them enough then they'll be left out of pocket) the 'Dossier' to their forthcoming album The Golden Archipelago, which is out on February 15 through Matador.

The dossier has been created by singer Jonathan Meiburg and designer Mark Ohe, and is a wonderful, 75-page booklet, sized approximately 8" x 10.5", and is available only through Kickstarter, where you can pledge your money and get yourself a dossier of your own by pledging at least $30.

Though the target has already been reached, it's still an opportunity for you to get hold of the collection, which is, unsurprisingly, a limited edition. Go here to read a bit more about it, there's still other things up for grabs such as Rook studio notes and discontinued Shearwater CDs. The project closes at the end of the month, and is the only time that copies will be available to buy, so get in QUICK. Orrrr at least in the next few weeks.

Below are a few snaps from the dossier, just so you know what you're getting, roughly... There you go. They will also be playing a mere handful of shows on these shores in February, supporting the release of the album.