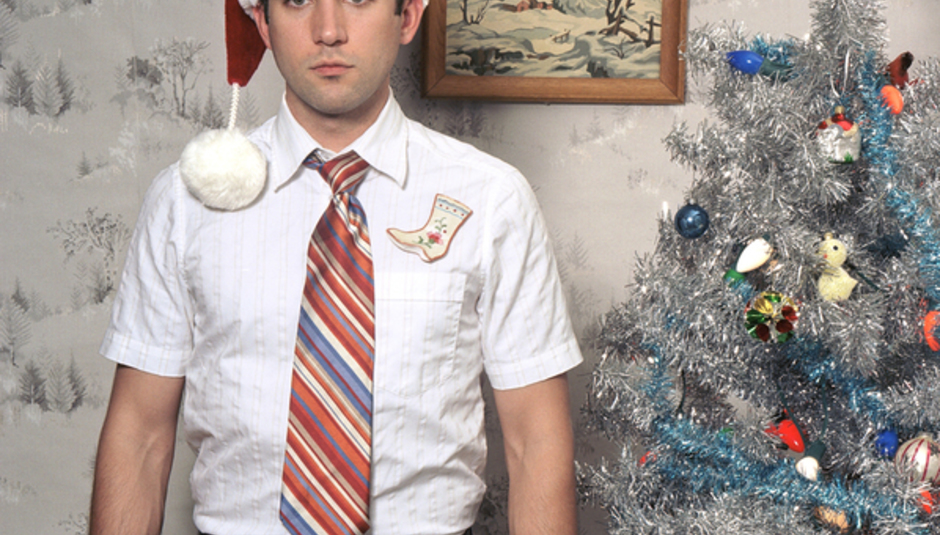 As you've probably heard Sony/Columbia Records' Rage Against the Machine have been spearheading a campaign to try to beat X Factor's Joe McElderry single (also via Sony/Columbia) to the top of the Christmas chart. OK in principle, but isn't a song full of swearing, released back in 1992 by a band long since past their prime a little bit...blah times meh? Not to mention gigantically un-festive.

Who's more worthy of a place in the charts, though? Whilst ploughing through the annual DiS Christmas mixtape, the Editor (that's me, hello!) realised that there's probably no more deserving man than Sufjan Stevens. Especially with that 5CD Christmas album he released, which was nowt short of astounding.

Within just a few days alterting the DiS forum and starting a Facebook group, things started to trundle along nicely. But we want to accelerate this campaign at an EXCESSIVE rate of knots, and NOW is the time, brothers and sisters.

'Get Behind Me, Santa!' was the track which was hand-picked by DiSsers, and since then the likes of 6Music's Lauren Laverne have given it some air, and a decent chunk of people with genuinely brilliant taste have put their weight behind it.

HOWEVER, this is NOT a campaign to get a Christmas number 1 single. It would be nice, but realism pervades everywhere nowadays, so Top 40 it is. This is simply an attempt to highlight Sufjan's wonderful Songs for Christmas album and to hopefully get radio stations, magazines, blogs and music fans talking about an exceptional artist who genuinely deserves it.

Who knows, this might go nowhere but it might be a window into 'our world' of innovative, inspiring and independently released music. It's a world which rarely properly touches upon the mainstream, least of all at Christmas, with radio stations still playing 'festive' singles released many moons ago, when Noddy Holder's sideburns weren't the colour of GRU-EL.

So, we ask you to get behind us and let's see if we can play a part in the democracy of the charts, AND getting Sufjan a little extra credit that he's due.

Buy 'Get Behind Me, Santa!' Now

Lastly, Join the Facebook group - http://bit.ly/Sufjmas and tweet this or spread the word any other way you can think of. You could also email your favourite radio DJs, post blogs about this campaign or anything else you can think of.

Please note: This campaign is in support of dontlosethemusic.com, a campaign by The Royal National Institute for Deaf People to help raise awareness of the damage caused by exposure to loud music. Spend that cash you get in your Christmas cards from distant relevatives on some earplugs and noise-canceling/decent headphones, yeah?

You can donate to the RNID online here.