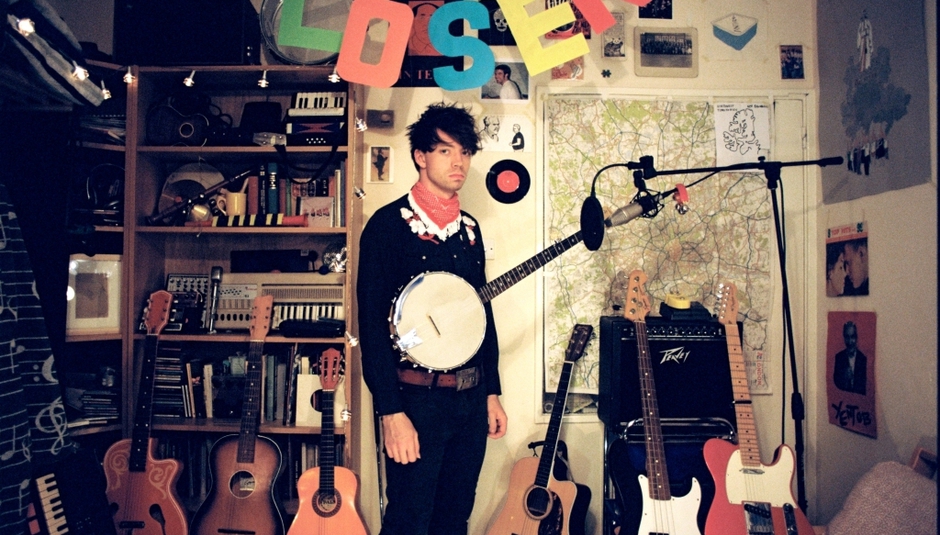 Sparky Deathcap is somewhat of an unknown gem, or as much of an unknown gem as someone who's just got off the back of a UK tour with Los Campesinos! and Sky Larkin can be. He's just released a new EP, Tear Jerky, which contains five tracks of downbeat, mumbled, finger-picked solemness - most fitting for this time of year. There's some joy in there, too, don't despair.

To celebrate this release, and alert people to his eminent talent, we're giving away a track off that album, the opening track, entitled 'Glasgow Is A Punk Rock Town'. It's arguably the best track on the EP, but who's going to argue with me about it?

SPARKY DEATHCAP // Glasgow Is A Punk Rock Town by TheArtOf...

You can purchase the EP directly from here. I'd advise you to do this, obviously. You can also watch him performing live a the following dates in the next few days. Again, go see him.

He also happens to be quite the illustrator (cue Jeffrey Lewis comparison...), view his scribbles here.

As well as ALL OF THAT, he pops up in the video for 'The Magic Of Christmas'. What. A. Guy.

Muse, Fleet Foxes and Tupac make it onto The Pope's playlist (of sorts)