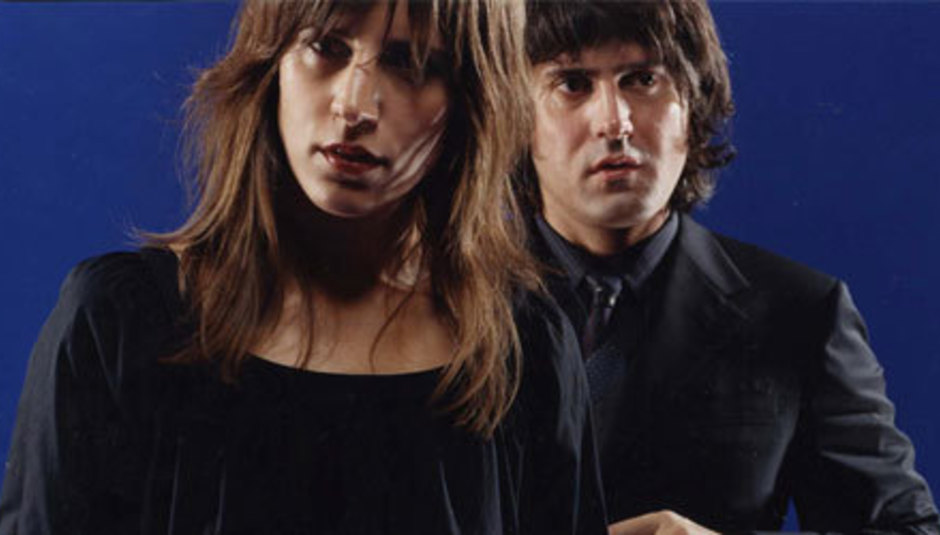 Watch: The Fiery Furnaces - 'Even In The Rain'

Here's the new video from brother and sister combo The Fiery Furnaces, who have been involved in some of the greatest news stories of the year, including releasing a "silent" record, having a go at Radiohead, but not really, properly like and...erm, releasing a video for 'Even In The Rain'? Maybe.

This one's taken from their current album I'm Going Away, and is well worth a watch, hence why we've posted it. Also featured in the video are The Mountain Goats' Jon Wurster and John Oliver, who possibly or not went to school with Fulham footballer Andy Johnson, whose brother my Uncle was mates with. That's how you get from the Freidbergers to me in six steps.

Anyway, here it is:

The Fiery Furnaces - Even in the Rain from Thrill Jockey Records on Vimeo.

"I was hoping for an idea that was a little over-ambitious for a music video, and that might sound ill-advised (or plain stupid) at first, but then made sense when you saw it executed. I happened to be reading Peter Biskind's Easy Riders, Raging Bulls around the same time as I was brainstorming, and as much as I'm not a fan of the movie Easy Rider (you should never watch it if you're a non-stoned non-hippie), the behind-the-scenes stories were hilarious...Most importantly, the dynamic of Fonda and Hopper -- one guy effortlessly charismatic and calm, the other manically creative - matched Eleanor and Matt's dynamic, at least to someone like me who only knew them from their albums. Then other parallels popped up, as they tend to when you're thinking too much about something - a motorcycle ride is a big part of the plot of the song, and the initials of the titles match. Anyway, I got stuck on the idea."

Muse, Fleet Foxes and Tupac make it onto The Pope's playlist (of sorts)