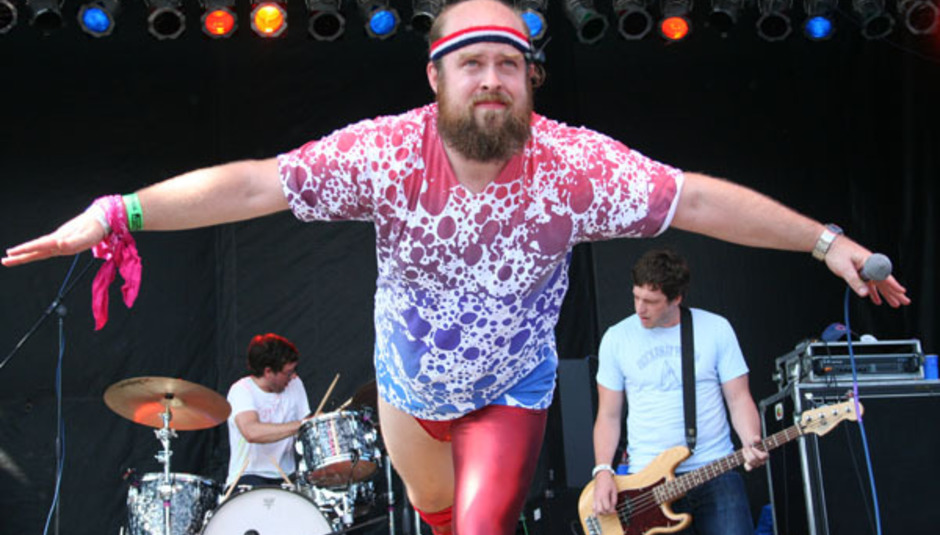 Dinner With The Band is a pretty self-explanatory type of title, which is just how we like it over here at Drowned in Sound. DWTB is a new series which is airing on IFC in the new year, but to whet your appetites (arf...) they're posting choice cuts from the various episodes throughout December. Just so you can, y'know, check the goods and start salivating.

Here we've got a clip of the Tim Harrington-led troublemakers Les Savy Fav playing in their episode, though we don't really know what they get up to cooking-wise. We'll have to wait for that. The 'appetiser portion' of LSF's edition airs tonight, which'll probably be sometime early in the morning for us Britishes.

Click here to visit the Dinner With The Band webspace. You might also want to check out the previous couple of episodes, which feature Final Fantasy a.k.a Owen Pallett, which is a pretty apt, if not entirely correctly spelled, surname.

'Even In The Rain'