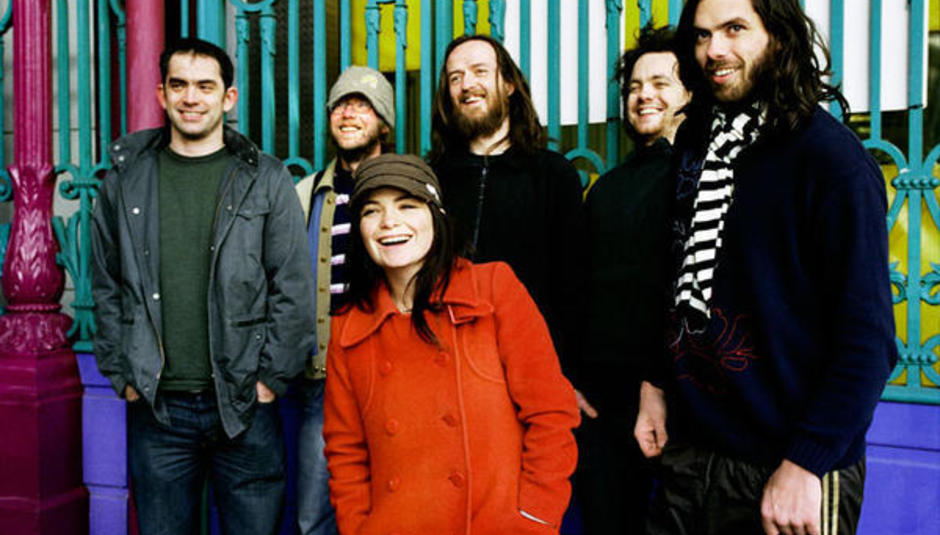 Weird folktronicists Tunng will be releasing a new album in 2010, which'll be called And Then We Saw Land and will be released on March 1 through Full Time Hobby records. Splendid and tremendous.

Oh, you want to hear a track from the new album, do you? Well, you can. Which can only be classified as GOOD NEWS. Click below to listen to it on this very website, or click here to sign up to the mailing list and get the free MP3, which is called 'Don't Look Down Or Back', and is the third track on the album, if you're interested in that kind of detail.

Don't Look Down Or Back by tunng

What's that?! You want to watch them LIVE? In front of your very own eyes? OK, then, you can:

Of the album, the band said:

“We learned that you don’t always need structure! As long as there is presence, emotion and groove. It taught us that everything is open and adaptable...”

“My friend described it as ‘Epic Folk Disco Brass Magnificent,’ and I’m not sure you could call any other Tunng record that.”

“I want audiences singing along and becoming... THE MEGGA CHORUS!”