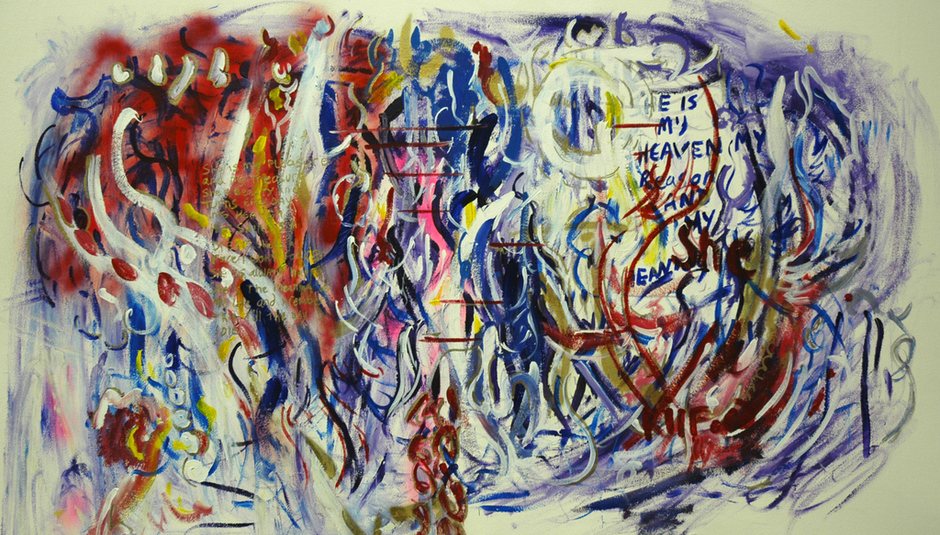 There exists, somewhere, the argument that music IS art. Of course it is, isn't it? There's a decent argument to be made at least, but what about ART AS MUSIC or MUSIC AS ART. Well, my friends, that's the very subject of this week's Friday Fun/Feeling. The Music Painter - which sounds like a pretty LAME name, but it's pretty self-explanatory, there's no ambiguity, much like The Elephant Man - is our man.

This man, Kilford, has painted a lot of shit - all influenced by recorded music or live performances, on stage. He paints while they perform, simple. They may not be much to look at for some, but others, I'm sure it holds some kind of deeper meaning. Over the years he's painted (for) pretty much everyone, including Fergie from Black Eyed Peas, who said:

See if you can guess what songs the following paintings are? I'll give you a clue on the artist, but you're gonna have to do the hard work: That's one from Oasis! Elvis, of the Costello variety. If anyone guesses all three, you'll get a prize. It may well be a chocolate bar sent via Royal Mail, or a bottle of Lilt, but it'll be a prize nevertheless. Find out more about Kilford and his work here. He's just about to take up a residency at The Social, too - so keep an eye or two out for his work.

Leave your answers below. We WILL find SOMETHING for a comp winner, no matter how small.

Rage Against The Machine for Christmas No. 1?