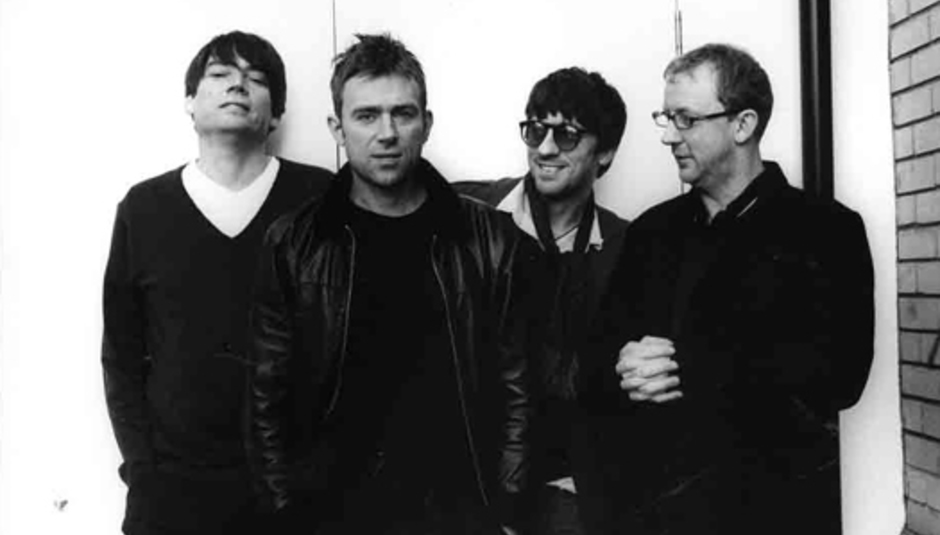 First there was REM. Then there was Fever Ray. Free albums of theirs were given away by The Times and The Guardian respectively. Mega. It's the "new thing" to chuck forth records as a way to combat declining sales figures, and it worked for The Mail on Sunday, so hey, why the hell not?!

Let's not scoff, though, all of those publications are quality papers, and if they want to team up with artists to give their readers something in the way of a reward, or to gain new readers, then it's probably a pretty good idea, for everyone involved.

Slightly protracted and tangential introduction aside, I think we can all be at least slightly happy that The Sunday Times are giving away five free Blur songs, taken from various reunion gigs and shows over the summer. They did similar last week, but that slipped under our radar somewhat.

It'll be the usual "buy a record and get an iTunes download code" type scenario, one which is a lot better for the environment than hundreds of thousands of covermounts, like. It'll be THIS Sunday's Sunday Times, for your information.

Anyway, here are the tracks to be found on/in it:

In addition to all that, there's also the chance to win one of just FIVE limited edition official Blur posters (framed, of course) from their massive Hyde Park concert earlier in the year. Details will be in the paper, one presumes!

Blur - Coffee And TV on MUZU.

Rolo Tomassi to tour UK as prelude to album release