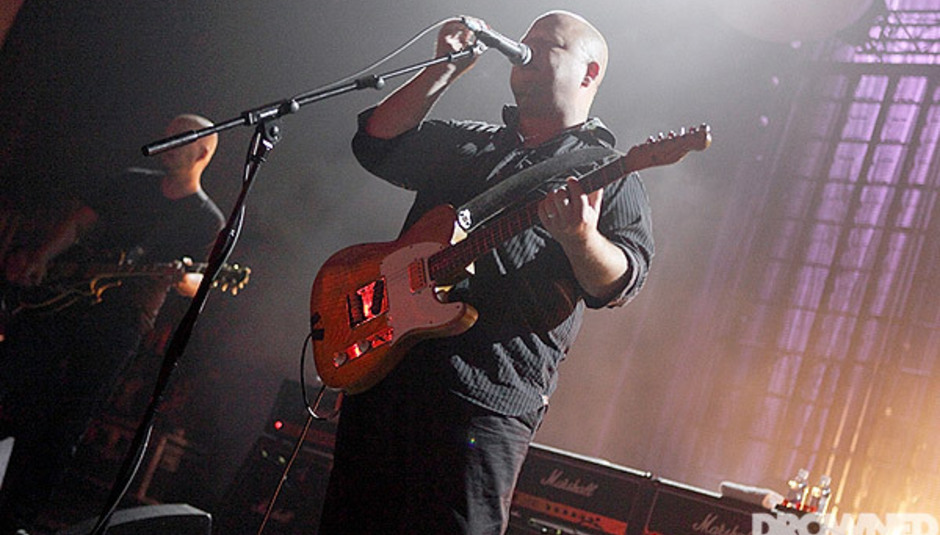 US chat show host Jimmy Fallon gets ALL the great bands on his show, you've seen them here before, no doubt. Earlier in the week Pixies performed a couple of songs on his show, thumping their way through 'Debaser' and 'Hey', the latter of which was a show ESPECIALLY chosen by his Twitter followers, in some kind of voting system, one presumes.

Both of the songs are from one of the greatest albums of all time in Doolittle, which marked its 20th anniversary this year. Well done that album! As a result of this anniversary, the band've been touring the album in full, including a couple of shows in London. They're also releasing an absolutely gigantic, and hugely expensive box-set called Minotaur, which is marketing at approximately 13,400 dollars, or something.

Watch them both below: