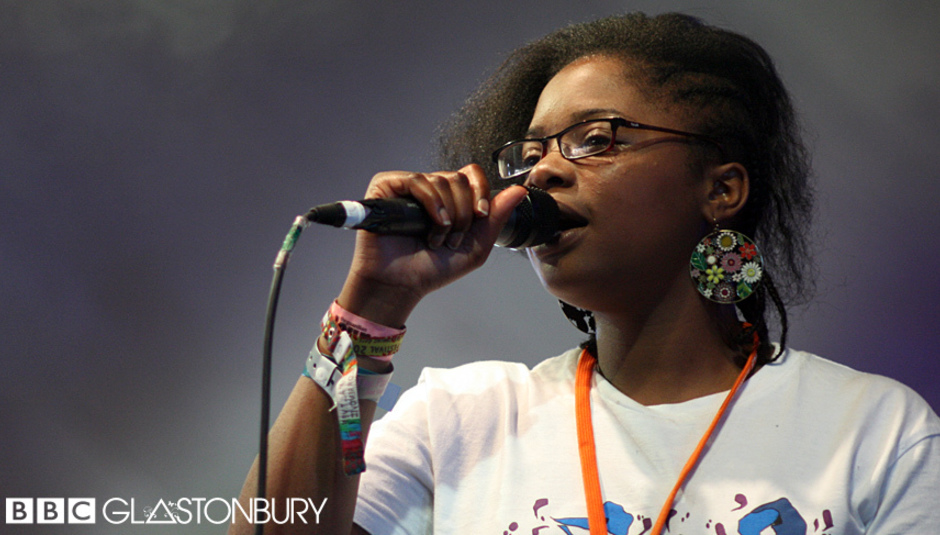 2009 Mercury Prize winning South London rappist Speech Debelle has left her record label, Big Dada, in a little bit of a storm after being unhappy with distribution and related issues (read: general poor sales) following her prize-winning in September.

Speech, real name Corynne Elliot, won the coveted award, beating off competition from The Horrors, Bat For Lashes and a few other notables like errrrrrrrr Kasabian. However, she doesn't appear too made up on Big Dada in general, or her post-Mercury sales, which were improved but not especially dramatically. Her debut record Speech Therapy had sold approximately 3,000 units before she was announced as the winner, a figure which only increased to 10,000 following the award.

"The Mercury Prize was on Tuesday, and on Friday there were no more physical albums in the shops. So, on the Mercury weekend, which would have been my biggest selling weekend, people couldn't get it. I wasn't disappointed that it didn't sell well, I was disappointed in the people I was working with."

"I wasn't on a big label and the machine [HA! YES SHE WAS! ARF!] wasn't there. So even though the album won the Mercury, it was still only able to do what the label was capable of doing, which just means that I'm more prepared for next time."

Her frustration probably lies partly in the fact that 2008's winners, Elbow (who were on the V2 label), saw their sales soar astronomically, with an increase of around 400% following their win. Yes, maybe with a bit more 'machinery' behind her, she'd have sold a few more records, but who had heard of Speech Debelle this time last year, and who signed her up?

She also perhaps fails to recognise the fact that, just because a panel of industry judges believe your album to be the best of a given time period, it doesn't mean, in reality, that the rest of the country (or even a sizeable chunk) will find it remotely appealing, good though the album may be. Talvin Singh, anyone? Still, she says she wasn't disappointed with the sales, but the people she was working with, so I guess we should probably take her word on that one?

She's currently in negotiations with other record labels for her new record, whilst Big Dada - the hip hop arm of Ninja Tune - have declined to comment on Speech Debelle's departure from the label.

DiScuss: All a load of bollocks? Is she right to be annoyed at the 'machinery' of Big Dada, or was she unrealistic in her expectations of what Big Dada could achieve? Where's she gonna go now? Should Big Dada be pissed off?