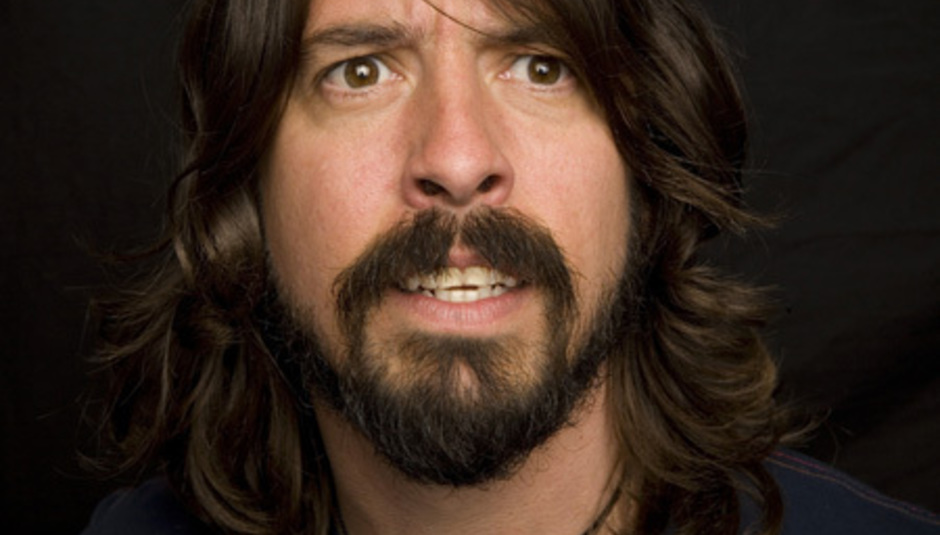 Former Nirvana bassist and general Washingtonian luminary Krist Novoselic has dubbed former bandmate and rock superstar Dave Grohl 'the greatest rock musician in the world today', in his column for Seattle Weekly. Now, you may think K-No is being a bit biased here, but he sets out his argument in a fairly convincing manner.

"Something dawned on me when I was reading Sunday's New York Times: Dave Grohl is the greatest rock musician in the world today. Don't believe me? The man is dominating November music releases. Here we go: Nirvana's Reading DVD, Foo Fighters' Greatest Hits, and new work with Them Crooked Vultures."

He possibly has a point. That's not even mentioning his brief time on the stool for Queens Of The Stoneage, which was quite the success. Remember 'No One Knows'? Good video, good drumming. Is it possible that this man is the finest the world has to offer? Or is he merely the most prolific?

Elsewhere in the column, Novoselic thinks it's only right that Bleach-era drummer Chad Channing was given his dues, despite the success of Grohl on drums:

"Since we are talking about drummers and this November's rock music releases, I would be remiss not to mention Chad Channing and his work on Nirvana's Bleach re-issue. It's good to see Chad get his due as a drummer. His great work speaks for itself. There was a time between Bleach and Nevermind when Nirvana was drummerless. And the story has been told about how Dave joined Nirvana because the band Scream was stuck in North Hollywood."

DiScuss: So, IS Dave Grohl the greatest living rock musician? Or is he just a hard-working sort of guy who's had the good fortune to be in some of the biggest bands of his time? Orrrrrrr, is it all luck through the Nirvana connection? Like the man, dislike the bands? Bloated stadium rock? Great drummer? Etc.