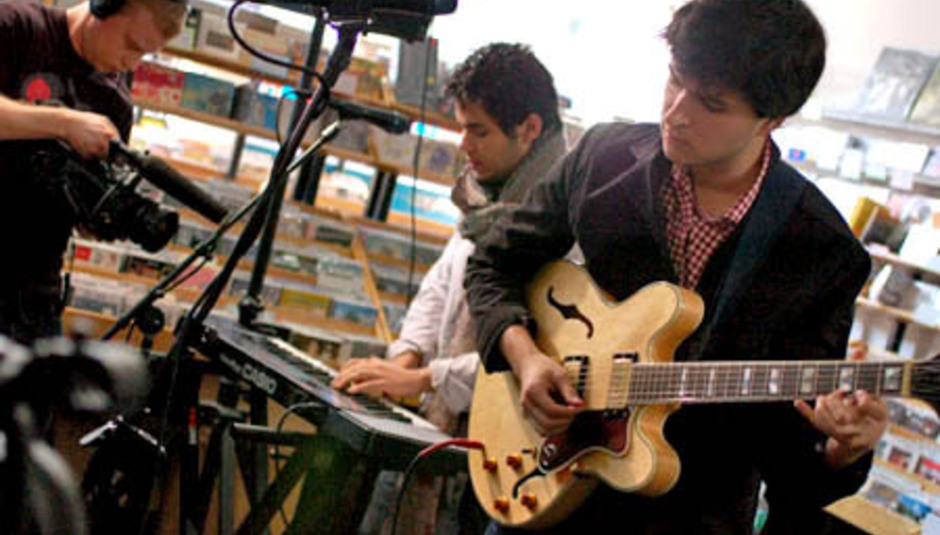 Yes, ho-ho, here's the new video from those wonderful, wonderful people that make up the popular music band Vampire Weekend. It's for 'Cousins' which is out now via the webnet on the XL record label, before being properly released in mid-December. It's obviously taken from their forthcoming secon'-recor' Contra, which is out early next year.

I'm not saying much, other than it reminds me A LOT of that video for 'The Sweetest Thing' by Bono and The U2. Though, actually, properly watching it, it's not really that reminiscent. Is it?

Fans of the band will be massively pleased to know that they'll be entertaining us over here in February. Catch them here: