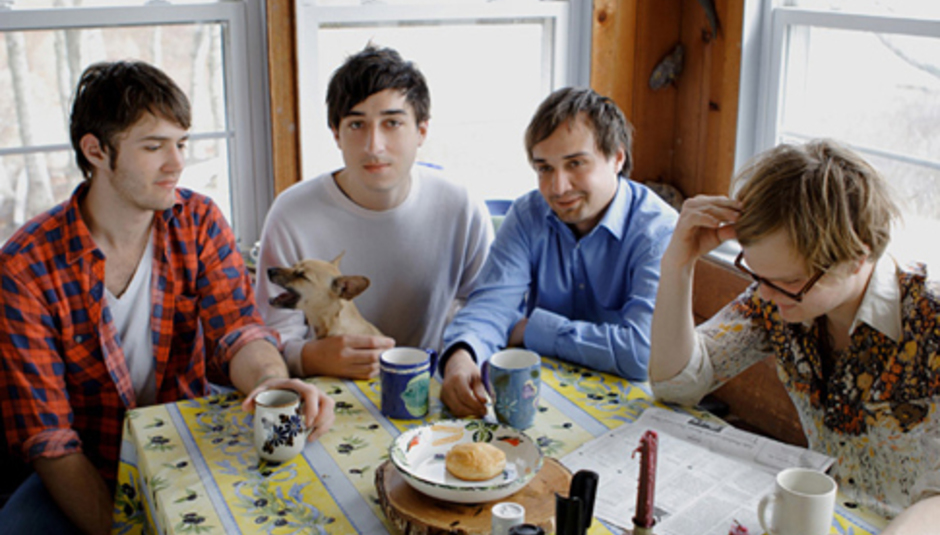 Um, so, being in a band and going on tour in a big (or little) tour bus and all that isn't always completely rosy, as two separate both both pretty bad incidents this weekend point out.

Firstly, Brooklyn-rockers Grizzly Bear were involved in a bus accident on Thursday night after a show in Germany, in Munich, to be precise (via Pitchfork).

Thankfully nobody was properly injured, although the bus itself and the trailer were both hit and damaaaaaged. A post on the band's website said:

"Driving overnight after the show in Munich Thursday night, the bus and trailer were hit and rendered immovable. The trailer was wrecked and the bus engine split. Everyone involved is fine and spent a day in Austria pulling things together. However, a replacement bus and trailer was supposed to arrive earlier today to pick everyone up in time to make the show in Milan tonight as special guests to Wilco, but it did not show up for hours and thusly we will miss tonight’s performance. Rest of tour continues as scheduled. Italy, we will make it up to you."

So, that's a bit of a bummer, but good to hear that everyone's OK and the rest of the tour will go ahead as scheduled. The same can not be said, however, of Scottish-lot The Twilight Sad, who themselves were involved in an incident of a much more sinister nature.

Currently on tour in Europe, the band posted this blog on their MySpace yesterday evening, explaining some of what happened:

"Thanks again to the 2 nice men who got dressed into their fake police uniforms, put on their bullet proof vests, put their guns in their pockets, pulled us over, showed us their fake police id, stole our money, hid our van keys and threw our passports onto the motorway. It was very much appreciated, I hope we can do it again sometime. we'll get moonpig to make you a nice card. fucking c**ts"

Which sounds pretty fucking horrible and harrowing, and similar to an incident iLiKETRAiNS had a couple of years ago or so. We're not sure of any of the finer details, but we think the tour will be carrying on, with shows in Germany, the Netherlands and Belgium.