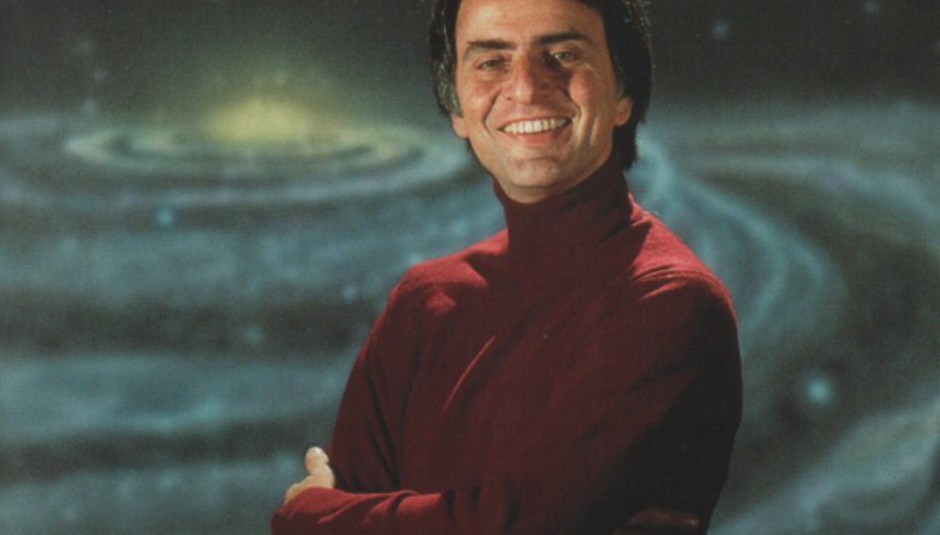 Now, super-scientist Carl Sagan's only real appearance in the music world to date may have been as a line in a Beastie Boys song ("I've got more rhymes than Carl Sagan's got turtle-necks on 'Hey Fuck You'), but that is all about to change, quite drastically you could say.

Jack White's Third Man record label are to release a single of Sagan's voice cut up, autotuned, processed and whatnot into something resembling a song. Entitled 'A Glorious Dawn', the 7" will be released on November 9.

“A Glorious Dawn” is a moving arrangement of Carl Sagan’s sagacious words culled from his magnificent “Cosmos” series. The piece initially gained recognition when composer John Boswell uploaded to YouTube his remixed Sagan dialogue edited, Auto-Tuned and put to a beat and coupled with a guest appearance by Stephen Hawking. At well over one million views, this is a project that goes far-beyond the buzz of “Internet phenomenon.”

Quite. It's Carl Sagan talking about some of the most interesting things known to mankind, and it's music. The release coincides with the 75th anniversary of Sagan's birth and, there will also be a reception in the US Congress on that day with speeches by Senators, NASA officials as well as a bunch of other scientists and luminaries.

AS WELL as all that...there will also be a special 'Cosmos Coloured Vinyl', 50 of which will be in with the 'A Glorious Dawn' singles, with the remainder made available at the Third Man Record store in Nashville from noon on November 9.

Before I forget, here's a video of it all, which also features Stephen Hawking, who also made an appearance on MF DOOM's 'Gas Drawls'.