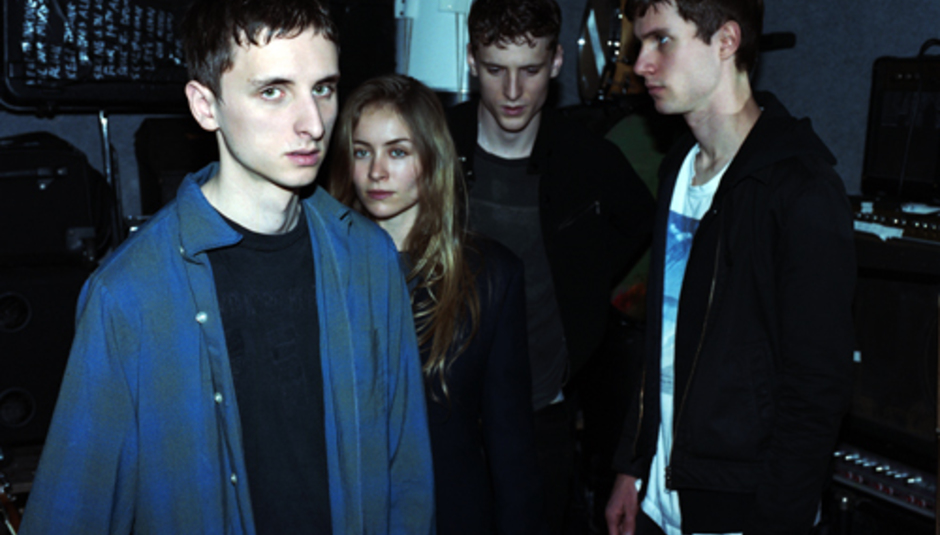 Remember that bloke who dressed up in an avian cape from a couple of years ago? The staccato, barely-singing delivery of his vocals? The two brothers who looked very similar. No, that band were not a figment of your imagination and were in fact Southend's very own These New Purtians, who will be returning with a new record in 2010. OK, we may be a bit late to this news, but belated good news is still good news, right?

Hidden will be released through Domino on January 18 2010, with production work done by Jack Barnett of the band and Graham Sutton, with it being mixed by Dave Cooley, someone who has worked with J Dilla and DOOM, amongst others.

Obviously with no actual listening material we pretty much have to trust what the press release says, which is that it features:

Part of that Foley technique includes, we are told, the sound of a human head being smashed, something which sounds unnecessarily brutal. Suffering f'yer art and all that, but this seems extreme. In any case, it could be quite a change in direction from 2008's Beat Pyramid.

The second track on the album, 'We Want War' will be released a week prior to the album on January 11 both as a download and on 10" vinyl. It's seven minutes long, FYI.