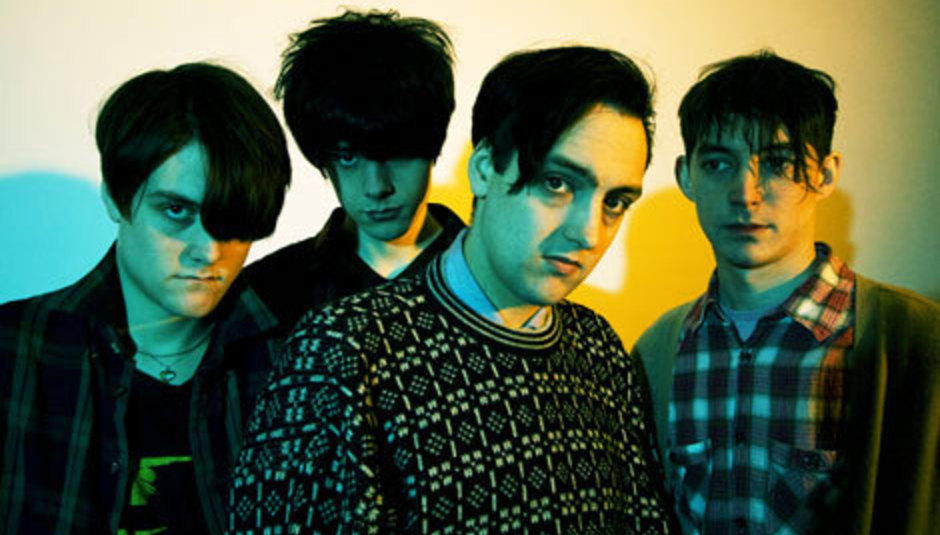 London indie-poppers Hatcham Social are embracing their artistic side for their new single, following in the footsteps of Tubelord, who did something similar a couple of months ago. It's not like they were the first band to do it or anything, though. Of course, this sort of thing is always encouraged.

ANYWAY, The Hatch are releasing their new single, 'Sidewalk' on November 2 and to celebrate it, or just jazz things up a little bit they've got in various friends and peers to help design artwork for it. There's only 100 copies of the single/EP, and it'll be released on 10" vinyl through Fierce Panda.

The single, which is taken from their current LP You Dig The Tunnel, I'll Hide The Soil, features four other tracks: 'Wild Creatures', 'Hypnotised Terrible Eyes', 'King Kong' and 'Surfin' Safari'.

Included in the wild rabble that'll be designing the covers are The Maccabees, Good Shoes as well as band-of-the-year-perhaps The Horrors, that's as well as various members of Hatcham Social themselves. To be honest, they could get anyone in, homeless people, me, you, or maybe even George Michael, who knows? Oh, and I almost forgot, the digital version of the single/EP (the lines are becoming blurred here...) features a remix of the title track from Tom Furse of The Horrors.

Every 'artist' who designs a sleeve will also have their picture taken with it, and all the pictures will go up on the band's website and blog so that you can find out whose sleeve design you bought! The vinyl editions will be available in Rough Trade only.

The band will also be headlining a show at London's 229 venue on Great Portland St. on Wednesday October 28, which, for those of you who can't read a calendar, is TOMORROW.

Here's a video. Enjoy it.