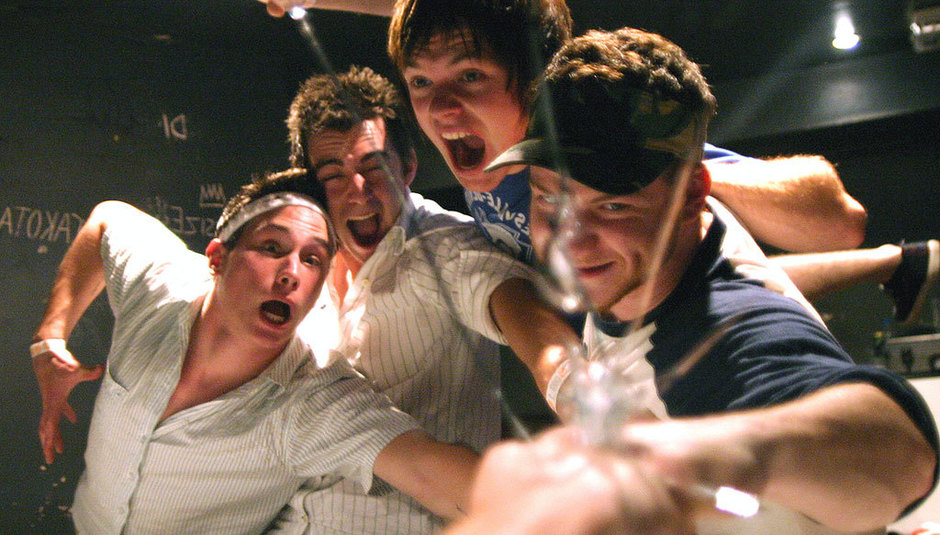 Noisy youths Enter Shikari have produced this three-and-a-half minute film for your viewing pleasure. It was filmed on their current UK tour (forthcoming dates below), presumably at a show or something. Be warned, it does feature plenty of flashing lights so, if you're likely to have a problem with that sort of occurrence then it's best not to watch, just listen maybe?

The track is taken from their current long player Common Dreads and was filmed and produced by Stitchthat and directed by Bob Harlow.

AT &amp; P: Pavement to curate All Tomorrow's Parties May 2010