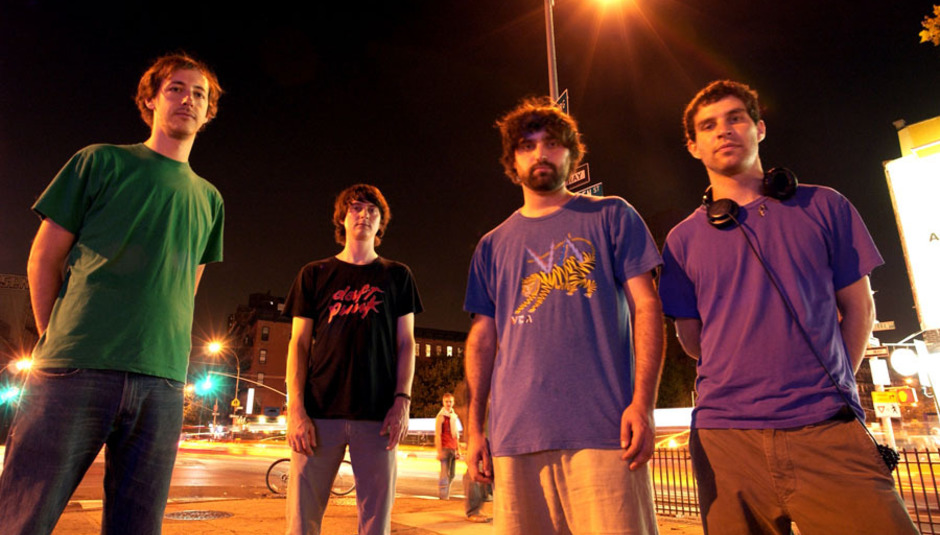 We all love Animal Collective a lot. True facts. That's why it is nothing other than fantastic news that they're going to re-issue their 2003 long-player Campfire Songs on their own record label, Paw Tracks.

The reason for this? Well, the original release on the Catsup Plate label unfortunately went out of print quite recently, so Paw Tracks and the Collective thought it'd be a pretty good idea to keep it in print, so people can still buy it. Makes sense.

Said the band of Campfire Songs:

"We wanted to give the music the feeling and atmosphere of the outdoors and the warmth of a fire, so people could bring it indoors."

The record will be re-released on January 10 next year and will have the following (original) tracks, just in case you were unaware of them the first time round:

Album art (below) will be the same mixture of fire and granite as before. So, not especially something to get excited about if you already have it, but at least if you don't, you'll still have the chance to buy it in a few years time. If that news doesn't perk you up of a Wednesday morning then what will?

A Grave With No Name prep debut record

múm, School of Seven Bells and more for My Bloody Valentine ATP