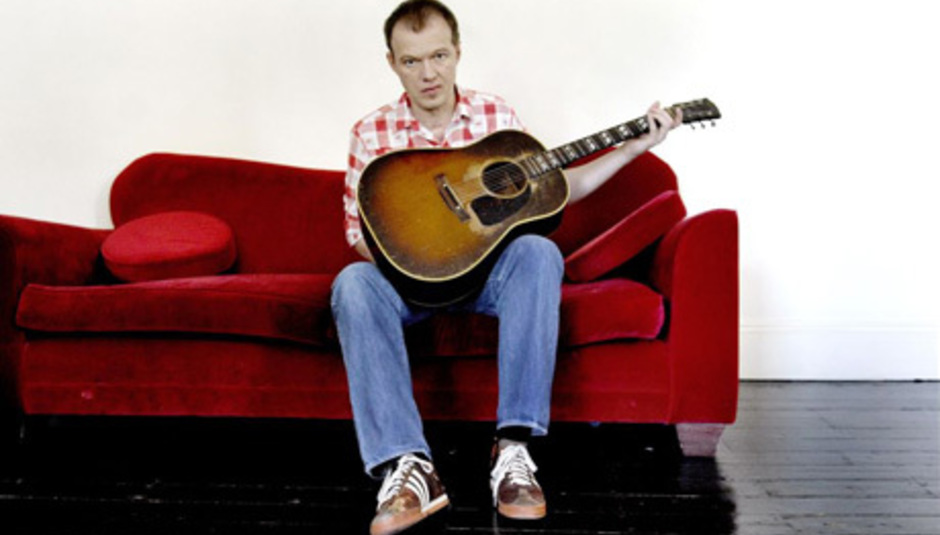 Scottish pop-star and all-round nice geezer Edwyn Collins has been prohibited from streaming HIS OWN SONG on social network/music website MySpace, owned by the evil media overlord that is Sir Rupert of Murdoch. The website apparently weren't too convinced by Collins' argument that he, the songwriter and performer, owned the rights to 'A Girl Like You', The Guardian reports.

Collins' manager and wife, Grace Maxwell, posted on his MySpace Blog last week, telling the story of how this ridiculous situation came to being, and still remains.

"This is Grace here, the manager. I apologise for hijacking Edwyn's blog. I've been in a long running battle with myspace and a major label which is claiming the ownership of A Girl Like You. That's why it has not been here in it's entirety for ages. THEY WON"T LET US. It's a long, boring Kafkaesque story. I'm pissed off. We want to allow people to download it for free. Edwyn owns it, he should be able to what he wants. When I read about artists supporting the majors and Murdoch cartels even further it irritates me somewhat. So I posted this reply to the statement issued by the Featured Artists Coalition following their meeting at Air Studios. Music legally and freely available on the internet now!"

So, that's the introduction. The blog post itself is quite long, so we'll only post the best and most important bits.

"Lo and behold, it would not upload, I was told Edwyn was attempting to breach a copyright and he was sent to the Orwellian myspace copyright re-education page. Quite chilling, actually. I naturally blew my stack and wrote to myspace on his behalf demanding to know who the hell was claiming copyright of Edwyn's track?"

"Eventually, after HUGE difficulty, I was told Warner Music Group were claiming it. I found a nice lawyer guy at Warners, very apologetic, promised to get it sorted, but all these months later it isn't. That is because Myspace are not equipped to deal with the notion that anyone other than a major can claim a copyright."

"Andrew Loog Oldham said that getting ripped off (by the industry) was your entrance fee to the music business of the sixties, so get over it. He's right and things have not changed. We are very over it, but nonetheless aware of who the biggest bootleggers around are. It's not the filesharers. Personally, we've always loved bootlegs. Even when Edwyn was really skint at the fag end of the eighties."

Here's the offending song in video form. We're probably breaking some kind of copyright law in doing so. Never mind, though.

The former Orange Juice frontman suffered a stroke four years ago, something which left him unable to talk, walk, or play the guitar.

Though he will probably never fully recover from his stroke, Collins has charted his struggles and progress in various documentaries, including the heart-warming Home Again. He's now back gigging, performing last month with Teenage Fanclub in Edinburgh.

Welcome to the Shareodome: Public Enemy to use Sell A Band to fund new album

A Grave With No Name prep debut record