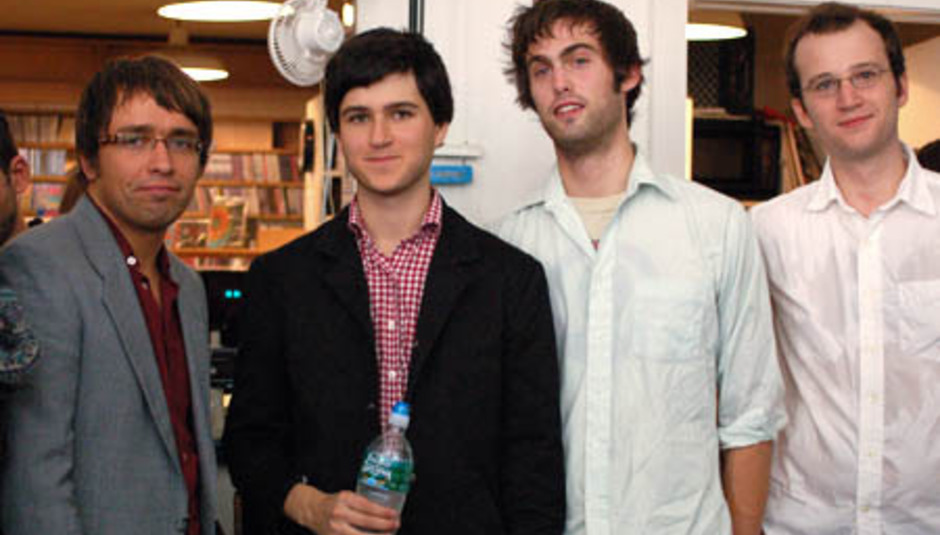 Vampire Weekend have 'released' the first song off their forthcoming "sophomore" record (come on! It's college rock!) Contra, which had a ridiculous, confusing, but actually quite aesthetically pleasing viral campaign last month. It nearly fooled us all into thinking that it may have been something it wasn't, for example, a campaign for clothing.

The new track is called 'Horchata', which means...something, but we're not quite sure exactly what. Our research has led us to believe that is is, in fact:

"The name for several kinds of traditional beverages, made of ground almonds, sesame seeds, rice, barley or tigernuts (chufas)."

Sorted. Tasted one/some? Get in touch. It's available to stream from their official website, or you could just click here and get the requisite file without signing up or anything like that.

Alternatively, just listen to it here, we've got an embed code after all!

Contra will be released through XL on January 11 in the UK and the following day in the US.

Naturally, they'll be touring in the run-up to the album, and probably after, and here are the dates they'll be playing, including a couple of European dates.

Welcome to the Shareodome: Public Enemy to use Sell A Band to fund new album