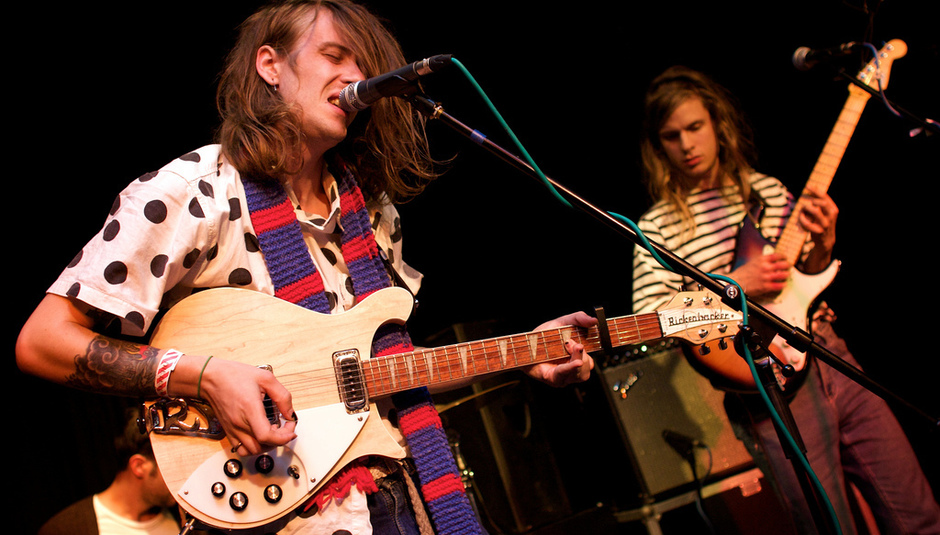 Ironically, none of San Francisco four-piece Girls aren of the female persuasion (something which has never been pointed out before ever, I'm sure) but they are quite good. Plus they have an album out very soon. As Editor Sean Adams pointed out, it is a slight pain in the gluteus maximus to try and Google this band (especially when their album is called Album...), but we're going to forgive them for now at least.

We reviewed Album here giving it a somewhat scorching 8/10. To celebrate the release of the record, on Monday, we're giving away some Girls-related goodies to you lovely people. Specifically, we have eight t-shirts and eight signed copies of Album to chuck your way.

All you need to do to be in with a chance of winning a combination of the t-shirt and album is Tweet at us (on Twitter, obviously) who your favourite girl is, and why. Obviously it's going to need to be in less than 140 characters so Martina Navratilova may be pushing the limits a bit.

Or something like that anyway - perhaps a bit better. The best answers will be judged by my bad self and picked by me too. We're going to keep it a quick one this time with the cut-off point being 8PM this evening. So that's approx 8 hours, one for every shirt and album we're giving away. Capisce?