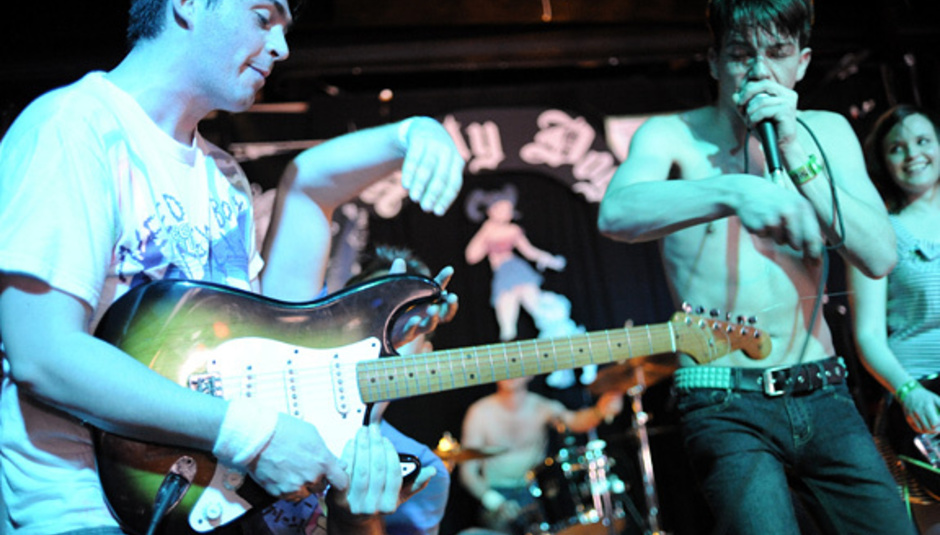 Hey everyone! Scottish FIGHT POPsters Danananaykroyd are the latest in an ever-lengthening line of amazing artists to start their own equally super competitions, following in the footsteps of people like...Los Campesinos! and some more, I'm sure.

This time the competition is a little bit more simple than LC!'s brain-emptying ultra-hard question to win a record box. All they want you to do is design them a poster for their now-dubbed HUGTOBER tour (dates below).

Obviously it'll need to include the following things, useful as they are: the name of the tour and the dates, and per-obably the band name, too. The winner will have their poster used by the band for before and during the tour as well as winning a SWAG bag of Danananananananana-related goodies including a CD copy of debut album Hey Everyone!, signed by the band, both 7" singles so far, a T-shirt and passes to every show the winner would want to attend on the HUGTOBER tour.

Entries can be sent to hugtober [at] googlemail.com and the deadline is October.

Here's the dates, then: