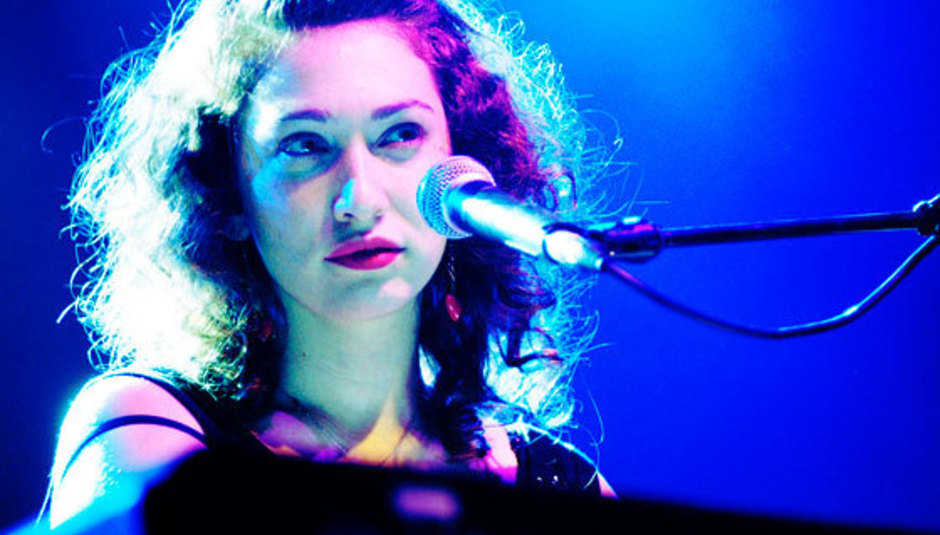 Russian-born American chanteuse Regina Spektor is to write a musical with the aim of getting it onto Broadway, Playbill reports.

Spektor will work with director Tina Landau for Beauty, a version of the classic tale of Sleeping Beauty which will be produced by Chicago's Elephant Eye Theater.

The production is billed as "an expansion of Landau's 2002 acclaimed one-act play produced by the La Jolla Playhouse; Beauty uses the 1812 Grimm fairy tale 'Sleeping Beauty' as a jumping off point for a contemporary and hauntingly provocative story of beauty lost and beauty found". Interesting.

If you happen to know who Tina Landau is and are interested in what she's doing, she's currently working on and directing the Broadway production of Superior Donuts. Her other work includes the plays Space, 1969, Stonewall, Theatrical Essays as well as many musicals you probably won't have heard of either.

You will probably be more interested in reading about Regina, though.

Spektor released Far earlier this year, and we gave it an 8. She returns to the UK for a couple of dates later in the year, playing Birmingham on November 30, Glasgow on December 1, Manchester on December 3 and London on December 4.