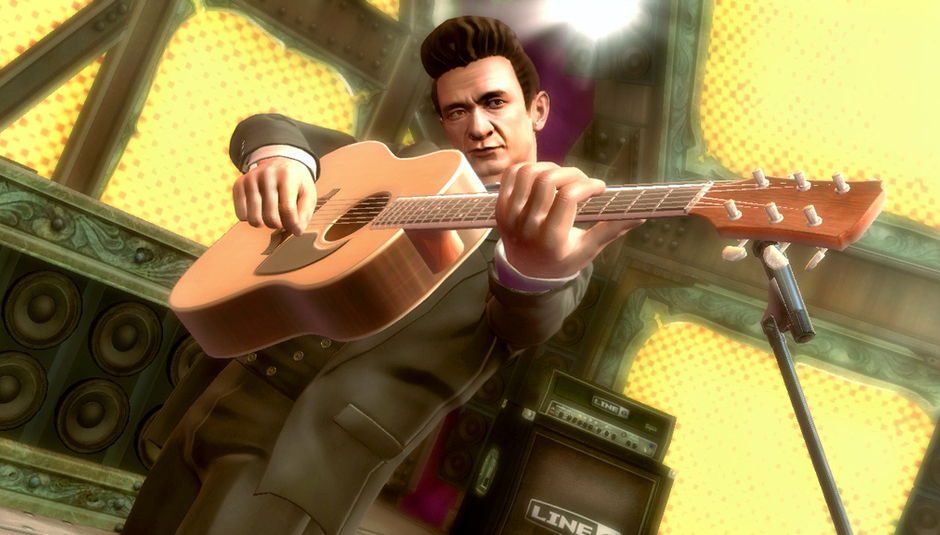 So, the newest instalment in the series of Guitar Hero games is finally out and it features some interesting and maybe even controversial new avatars like Kurt Cobain, Matt Bellamy, Carlos Santana and, for the women, Garbage's Shirley Manson. So that's all pretty neat.

To celebrate the launch of Guitar Hero 5, we're giving away a bundle per day to a very fortunate winner. A bundle, of course, includes the game and the hardware (controllers) that you'll need to play the game.

The competition will be run via our Twitter Feed, so you'll need to be a Twitter user to enter, obviously. That is pretty easy to do, though, just sign up here.

But now, onto the important part - what you need to do to be in with a chance of winning a bundle each day. What you're going to have to do is sell yourself, and tell us why you're so rock 'n' roll. Goddit?

So, tweet "I'm so rock 'n' roll...[insert statement of RnR intensity here]" with the hashtag #GH5. You can tweet @ us, or just simply on your own, we'll find you anyway. The best and most amusing answers only will be considered.

So, for example you could tweet "I'm so rock 'n' roll I let Bradford Cox sleep on my chaise-longue, and fed him Berocca in the morning". Just as an example, like.

The best and most imaginative entries stand the best chance of winning. We could just pick a really rubbish one for a laugh but we won't be doing that, honest.

The competition will last for five days, with one pack being given out every weekday this week. So Today = Day 1, Tuesday = Day 2 and so on. It's really not that hard. Winners from each day will be picked at the end of the day.

So to recap: To be in with a chance of winning a Guitar Hero 5 you need to enter via the medium of Twitter. Tweet at us why you're deserve a GH5 bundle by telling us why you're so rock and bloody roll. Include the hashtag #GH5, too. Or maybe just #Guitar Hero, either will do really. So, what are you waiting for exactly?