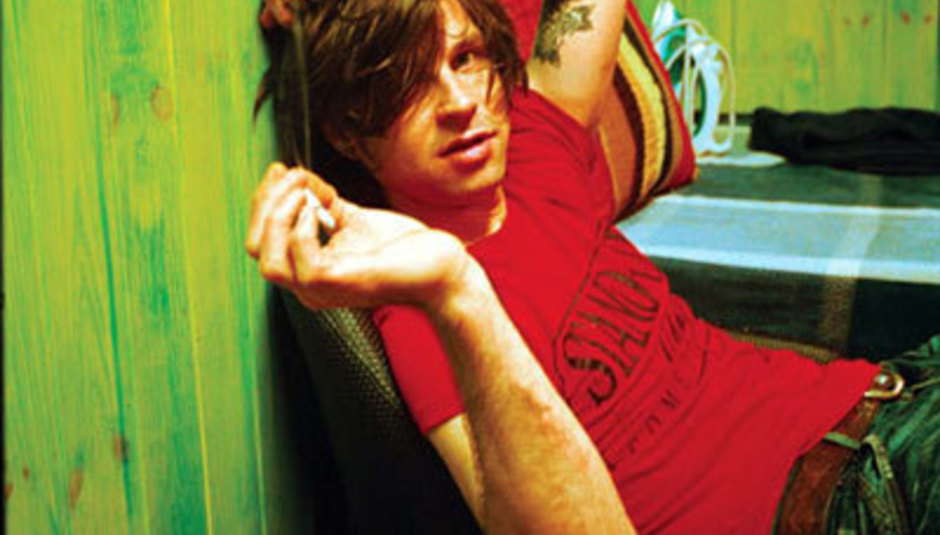 It has been a fair few months since we last updated you with some details from Ryan Adams' life, something we feel duty bound to do since the 'argument'-about-not-very-much that occurred between us and him around this time last year. What's he done this time? Well, nothing particularly controversial or odd apart from becoming a full-on blogger, for The Awl.

Blogging under the name D.R Adams - a reference to his full name actually being David Ryan Adams, rather than any claims to being a doctor - his current and first column for The Awl is entitled 'Gorf, The End Of The World, And The Legacy Of Danzig'. In this he writes bleakly about the end of days and, in particular, his worry about the Universe/world ending. Plus, obviously, there's stuff on Danzig and the computer game Gorf.

But, he writes, there is salvation:

"My only escape from all this madness is video games, 'Moonlighting' episodes on DVD (see, I told you Bruce Willis makes it all better) and poets. So let’s talk about video games."

In an episode them reminiscent of an episode of Aqua Teen Hunger Force he then talks about Danzig. Specifically living near him.

Danzig lives in my neighborhood, or that's what people tell me. He supposedly had a hole in his roof and ate a lot at House of Pies (basically, just pies on the menu) but I think people said that shit because it's Danzig and everyone is jealous of him because he has awesome supernatural powers.

What did The Awl's readers think of it, though? Here's a few snippets from the comments section.

"I understand the apocalyptic malaise of which you speak - that same feeling resulted in my watching 1979’s “Meteor” ALL THE WAY THROUGH last night on THIStv. It didn’t help."

"for years i’ve been told danzig lives right there by the house of pies.the house totally looks danzigish. danzigish sounds a lot cooler that glenish."

I bet he does.

"You’re here and I am thrilled, Mr. A. The other day I was listening to lloR & kcoR and remembering how I used to make my dad listen to it on the drive home from Philly and he was so confused."

"Great post. I will note that the 280-Z was made by Datsun, not Mazda. But only because it feels so much more 80s just to say that word, 'DATSUN.'"

It's well worth a read, if you can stomach it.