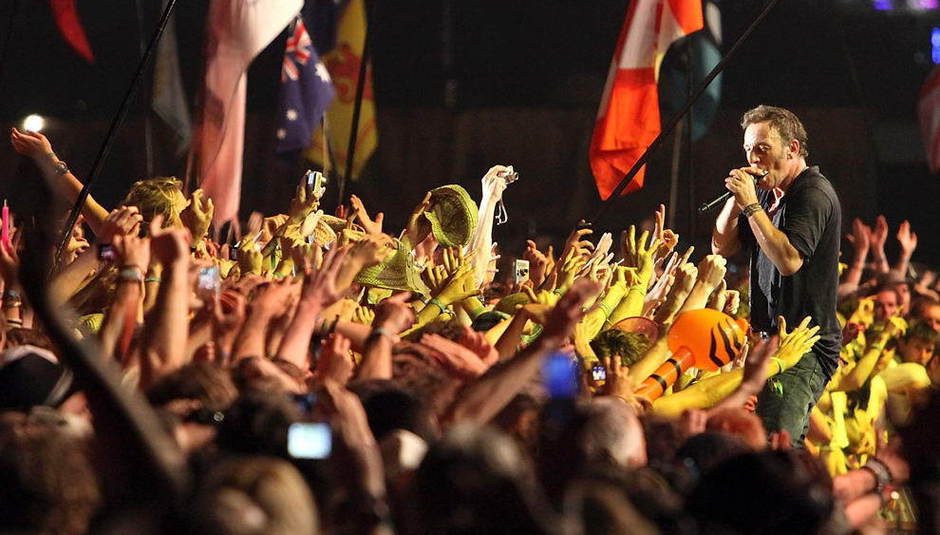 Flags and festivals, pretty synonymous right? If they're not used as absolutely awesome ways of finding your mates then they're good for scrawling an amusing slogan or two on, such as "Monty Says Relax".

Well, all that may be coming to an end, as the organisers of Leeds and Reading festivals, Festival Republic, have banned them from this weekend's festivities, reports The Times.

The organisation are in talks with Glastonbury Festival, which it also runs, after complaints were made after this year's event. It is understood that the flags got in the way of people trying to watch the subtle expressions of Bruce Springsteen's legendary guitar face.

“I’m doing everything I can to ban flags this year. For some reason those that buy a flag want to be closest to the stage. You couldn’t see the acts — the flags were everywhere. There have always been flags but not to the level that there has been [recently]. And the flags have become very long and tall.”

Suggestions which have been mooted include banning flags from a certain area around the stage but allowing a flagging free for all outside of that restricted area.

A spokesman for Glastonbury told The Times:

“This is a liberal festival and flags are an expression of people’s individuality, but there are other ways of doing it — people wear crazy clothes, for example. Flags are becoming very competitive and are getting very big.“

There have also been concerns that flags are now being used for advertising purposes, with some feeling this clashes with the "liberal" and anti-commercial aspect of Glastonbury. There will probably be fewer qualms from people at the heavily-sponsored festivals, though.

Perhaps it may stop pissed people from Yorkshire,Cornwall or ENGLAND climbing into the wrong tent at night, mistakenly believing that they were the only people to purchase such a regional or national flag.

A is for Aldershot: Ash plot alphabetical tour of the UK and fortnightly single release