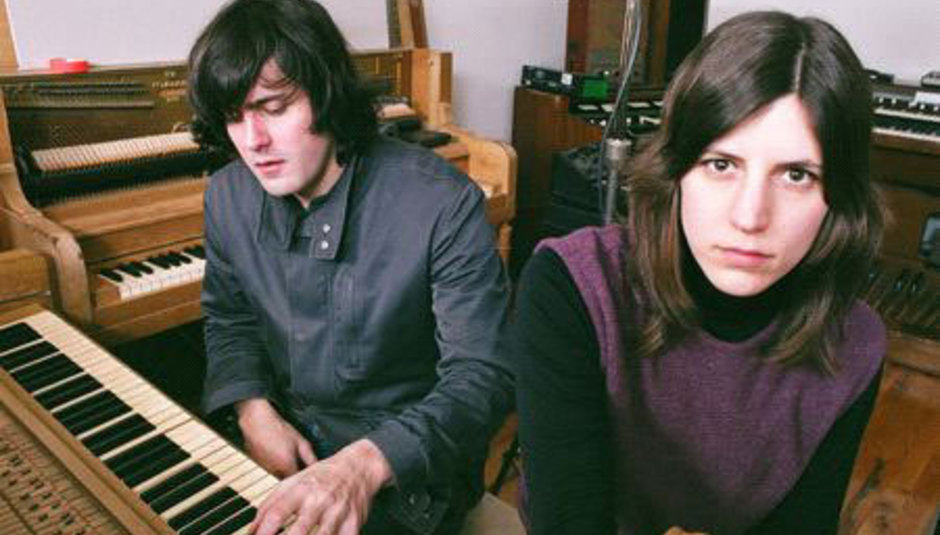 In as big a "WTF" moment as you're likely to see this week, and perhaps maybe even next, The Fiery Furnaces have called everyone's bluff and decided to release a record of complete silence. Yes.

In a post on their website they explained the decision in reasonably great depth, they seemed to mainly be putting it down to the file-sharing situation that many think is blighting the industry and creativity. They are pretty pissed off about the whole illegal downloading thing, in short. So pissed off, in fact, that they - or anyone - won't be playing on their new one.

Because file-sharing, or downloading, or whatever, has notoriously, or supposedly, made the production of the conventional ‘with-audio’ record obsolete, the Fiery Furnaces will release a Silent Record.

But, fear not, it's not just going to be a blank CD of nothingness and nothing more (if there is a CD, which isn't clear), it's more of an instructional manual and other related items to teach you how to play the songs, they say.

Included in the album will be sheet music, graphic musical notations, reports and illustrations of hypothetical performances, plus some "guidelines for the fabrication of semi-automatic machine rock". And a whole load of other gubbins which seemingly have no relevance to anything ever which has existed on the face of the earth, animal, vegetable or mineral.

The fun is not ending there for you FF fans, oh no. Once the record is released, fans will be given the chance to perform and interpret the "album" however they see fit.

Write to thefieryfurnacesemail@gmail.com to nominate your post office break room, truck stop parking lot, municipal arts center, local tavern, or what-its-name to host one of these ‘happenings’. By ‘happenings’ I mean, what will be in the future, perfectly normal rock shows. And propose yourself for Fan Band participation.

We think the front cover of the "record" may look like this, though we can't really be 100 per cent sure. Not that it particularly matters when there's no recorded music, or maybe it matters more because of it. Either way...

Hands up who is in for DiS performance of this? Can anyone read music? Does it really matter?