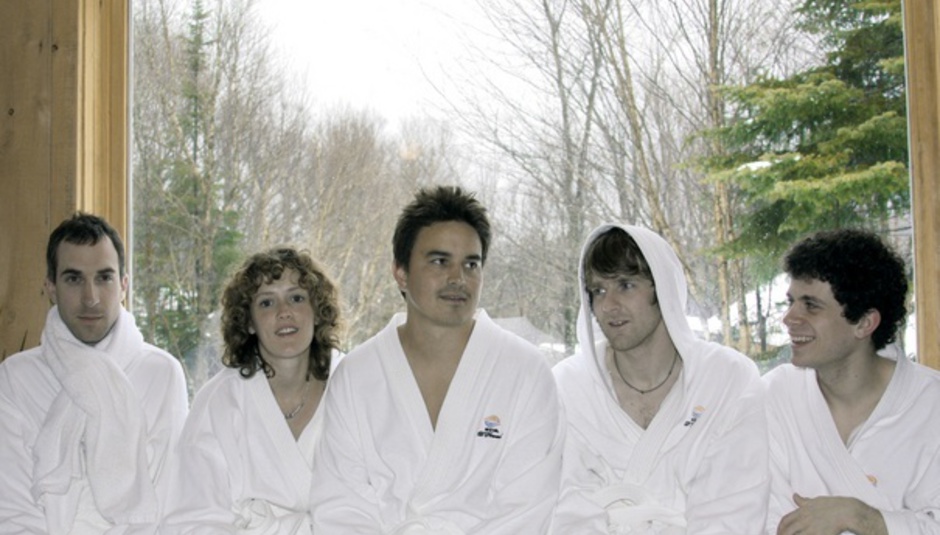 You know that we don't hand out 10/10 ratings willy-nilly. Granted, we've seen two this year, but that takes not away from Sunset Rubdown's brilliant Dragonslayer.

For all fans of that album, and fans of the band, you'll be delighted to know that they've just announced a UK tour in September.

You'll probably also be equally as delighted if you live in those far flung countries like Wales, Northern Ireland and Scotland, because they're coming to see you too! O, those Rubbers are kind!

Here are those (well distributed) dates.

It is unknown whether those bathing robes will be the official touring attire. Best way to find out is to check out them at one of the above dates. Don't they look happy, though?

Read the review of Dragonslayer here.