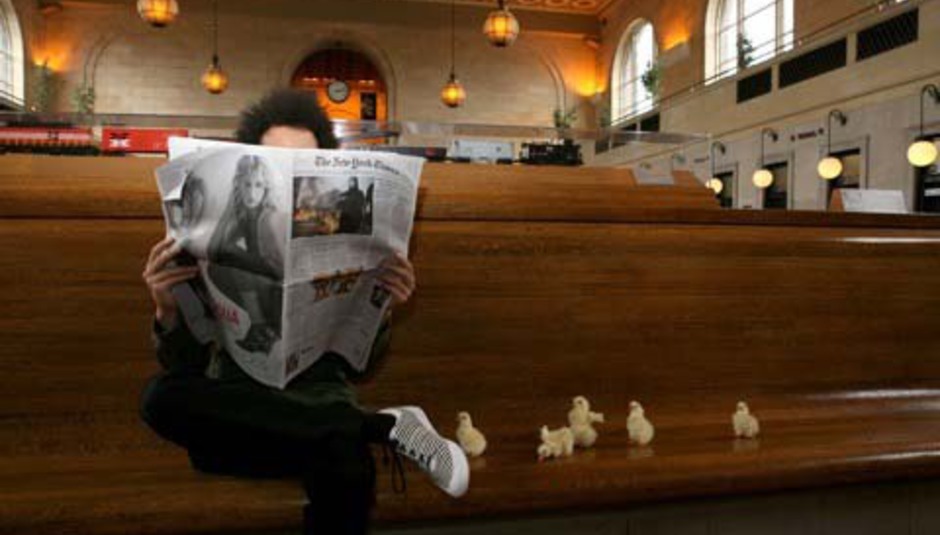 Tyondai Braxton, he of Mathletic prodigies and now car-commerical-soundtracking Battles, has been working very hard recently.

The reason: he's got an album - Central Market, his sixth - and it's going to be released in the UK on September 14, though Warp. That's one day before it's released in the US, as it happens. SUCKERS!

We understand that TB has done the whole shebang on this record, arranged, writing, producing, even making the tea in the studio and making sure the drummer's stool is at EXACTLY the right height. It's this attention to detail which marks him out above his peers.

As well as the usual stuff like all those guitars, keys, drums and electronic shiz-niz, it features the Wordless Music Orchestra.

Below is what he does for his day job. Like you needed any reminding about it!

For a glimpse into the brain of Braxton, read our interview from a couple of years ago here.