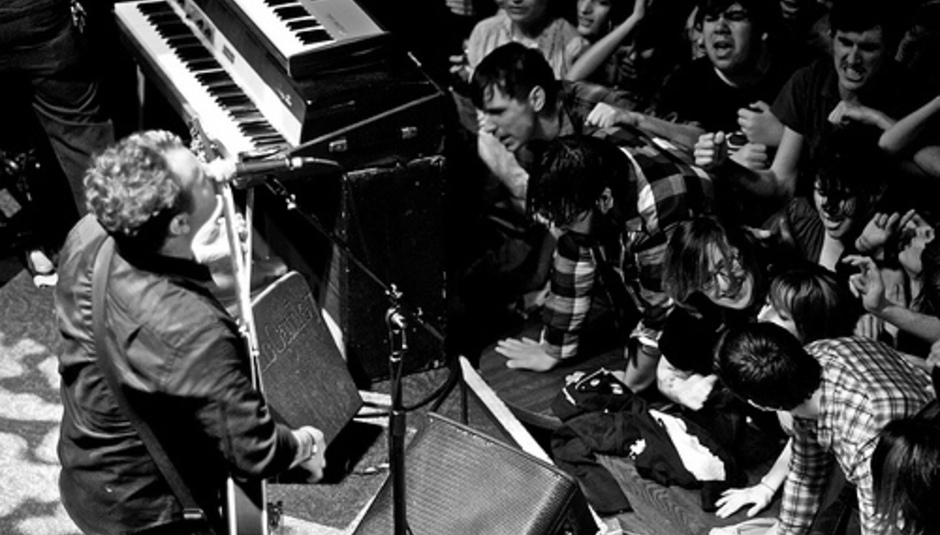 The Get Up Kids announce European tour extravaganza!

BIG NEWS. They may no longer be kids, but here's a VERY GOOD reason for you to get up this summer. Recently reunited Emo pioneers The Get Up Kids are doing a tour of Europe. Contrary to popular belief, the UK is in Europe. They are coming here. If you haven't already shot your emo load, keep reading, there's more.

Of further interest for fans of the band - who may be fatter, balder and more cynical - they've set the release date for the much-rumoured tenth anniversary edition of Something To Write Home About. That will be released through Vagrant on September 7.

The kind people over at Vagrant are also releasing an mp3 of 'I'm A Loner Dottie, A Rebel' - taken from the band's live album - entirely free, legally and safe. Click me.

The tenth anniversary ed. of Something To Write Home About includes:

Tickets for the above tour will be bundled with the aforementioned live record Live! @ The Granada Theater, without a booking fee from Vagrant at Vagrant UK

Here's what The Get Up Kids mean to Fall Out Boy man and husband of Ashlee Simpson, Pete Wentz.

There should be a How To Be a Pop-Punk Kid starter kit with bands like Get Up Kids, so kids would know whose shoulders bands like us are standing on. Fall Out Boy would not be a band if it were not for The Get Up Kids.

Win! Tickets to 'see' Friendly Fires in the dark