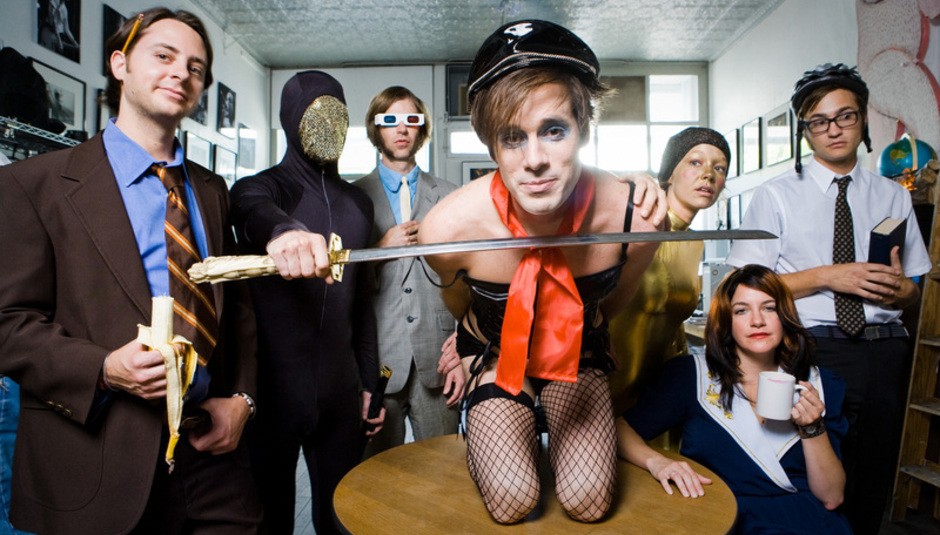 Time was, the Latitude festival was just about smirkingly wondering if painting a sheep a lurid colour impinged upon its rights, and probably looking forward to seeing Stewart Lee as much - if not slightly more - than the pleasant haze of bands that garnished the site's various idyllic stages.

This year, Latitude seem to be glibly mocking every other mid-sized, indie-orientated festival around with a drip drip stream of line up announcements that continue to wrench a stream of "ZOMG"s from our jaded lips.

Following on from yesterday's revelation that Thom Yorke will be blotting out the noonday sun on the Sunday, today's revelations include the fact that Of Montreal, Camera Obscura and St Vincent will be respectively upping the dementia, twee, and demented twee levels, as well as official confirmation of the presence of the mighty Fever Ray.

DiS is off to lie down for a bit, but we leave you with further Of Montreal news - the just in announcement of a sequel to Kevin Barnes' agony uncling for this site, once again under the sturdy supervision of the lordly John Brainlove. Expect it to drop around Latitude/the band's July 14 Shepherd's Bush gig.