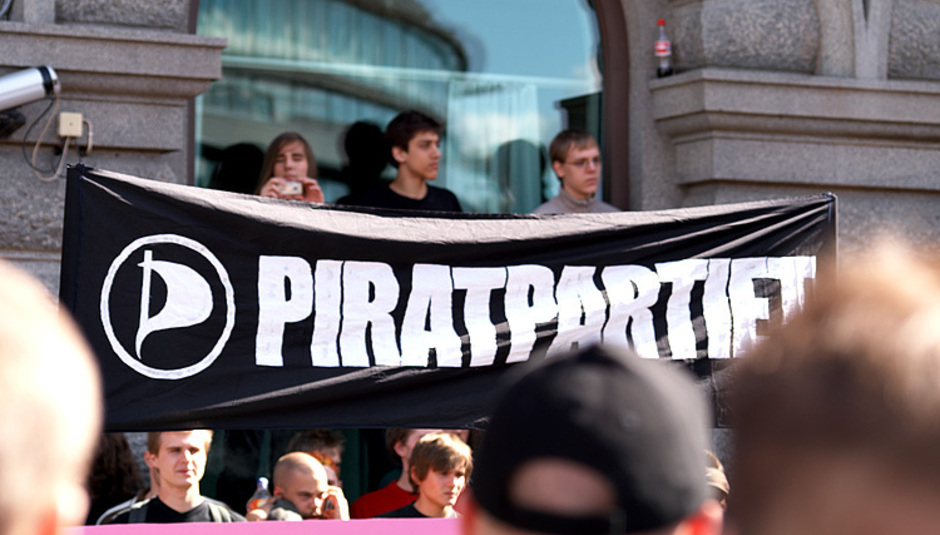 Copyright law has been a pretty big deal in Sweden in the last few months. In April the four men who ran file-sharing and torrent website The Pirate Bay were sentenced to a year behind bars and ordered to pay around £3 million in damages.

To put it into context, the Pirat Partiet was only established in 2006 yet it was the sixth largest party in terms of vote share in this round of elections, behind the Social Democrats, Greens, Liberals and the Moderate Party.

To put that into context, 7.1% is almost as much as Labour polled in the British EU elections. They may yet also win another seat, dependent on further allocation of seats. The PP are also said to in negotiations with four EU parliamentary groups.

"We've felt the wind blow in our sails. We've seen the polls prior to the election. But to stand here, today, and see the figures coming up on that screen... What do you want me to say? I'll say anything. Together, we have today changed the landscape of European politics."

"No matter how this night ends, we have changed it. This feels wonderful. The citizens have understood it's time to make a difference. The older politicians have taken apart young peoples' lifestyle, bit by bit. We do not accept the authorities' mass- surveillance."

Reports that a German anti-copyright party may have won a seat turned out to be false as they only polled a fairly meagre 1%.

DiScuss: More of this sort of thing or less? Will a couple of Swedish Pirates in Brussels and occasionally Strasbourg make a blind bit of difference to copyright law? Are the Swedes absolute stark-raving mad? Why do they get Pirates and we get the BNP?