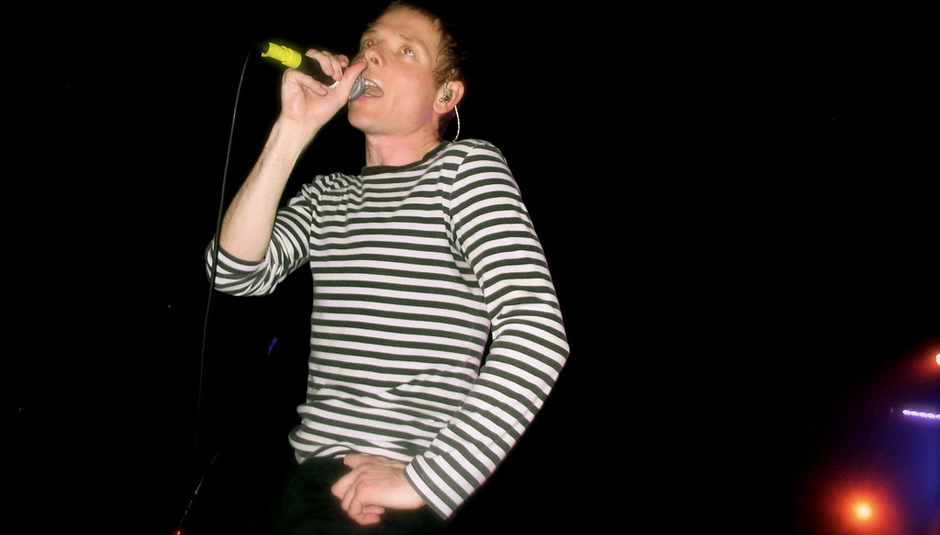 In an interview with Scottish music blog The Pop Cop he says that, despite Morrissey being his all-time idol, he no longer wants to meet him and, what is more, that Morrissey probably doesn't want to meet Murdoch, either - he keeps cancelling on them!

"I wouldn’t really want to meet him. I don’t think he’d be that nice. I’d rather keep him as an idol of the Eighties - The Smiths, the first solo album. Whenever Morrissey plays the same festival as us he cancels. Up until a few years ago I would have really liked to have met him and hung out, had a coffee, but like I say, he just kept cancelling when we played. I figured he didn’t want to meet us.”

I'm sure it's nothing personal, Stuart.

He then goes on to list notoriously pleasant Scottish tennis sensation Andy Murray among his current idols.

“I think Andy Murray is pretty great. Who would have seen that coming? A Scottish tennis player in the top three. It will be a great psychological weight lifted from the country if and when he finally wins a major. I think that would have happened if Colin Montgomerie had ever won a major.”

Oh, come on...you've had Paul Lawrie and Sandy Lyle in the past, Stuart!