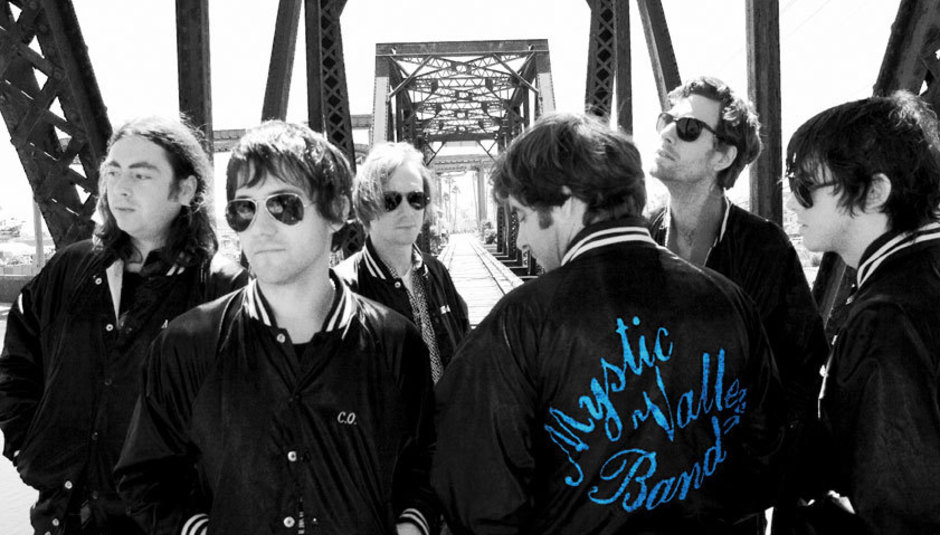 One of his kind? Conor Oberst & The Mystic Valley Band to release free documentary

Upfront of Conor Oberst & The Mystic Valley Band's forthcoming new album Outer South, the band have teamed up with the Causecast coalition to bring you a documentary entitled One Of My Kind. And it's free! From the horse's mouth, then:

Made by the band’s guitar-tech Phil Schaffart, One Of My Kind traces the group’s ever-growing bond as friends and collaborators. Footage from Tepoztlan, Mexico, where they recorded their first album, Conor Oberst, their worldwide tour in 2008, and the making of Outer South in El Paso, Texas takes viewers on a 60-minute musical journey around the world.

The film will be available as a free stream or HD download exclusively on Causecast, IFC, ConorOberst, Merge, and Wichita. Additionally, Causecast partner sites IFC, The Huffington Post and Myspace IMPACT will each feature exclusive outtakes, trailers and live acoustic performances from the film.

Unlike any film release before, Conor Oberst & The Mystic Valley Band are donating the documentary, One Of My Kind for FREE, in the hope that viewers will make a donation to one of the many nonprofits or causes on Causecast.

Now, judging from the trailer the documentary will presumably expand upon the likes of this. Given that last year's self-titled effort was actually pretty great, this is something we're rather excited about here at DiS.

One Of My Kind will be available via Causecast from April 15th, while Outer South is released on May 4th through Wichita. New song 'Nikorette' is available to download at the band's official website.

DiScuss: Excited? Dismayed? Looking forward to the new album or wish Oberst would just pal up with Mogis again already? And what about those jackets?