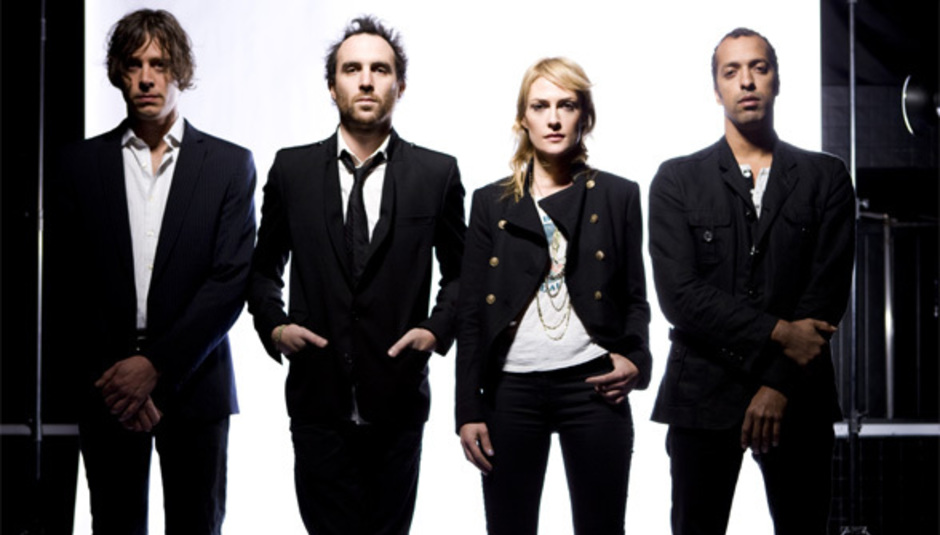 Metric are back! Their new album Fantasies is now streaming online. Even better news, they're touring the UK and playing the DiS Stage at the Great Escape festival.

It seems like only yesterday DiS was giddy with news of the band signing to our label. The time between Live It Out's UK release and now has been much longer than we realised (was it really 2005?!). It was a fun, hangover-filled adventure to be a part of and the band not only (finally) established themselves in the UK, but underscored what a fantastic live band they are.

Sadly, DiS isn't in a position to release their new record but that doesn't mean our love for the band has dwindled. Far from it, especially considering forthcoming album Fantasies is a significant step up for the Canadian quartet.

You'll be able to buy Fantasies digitally on 30th March and the album will be released physically, four weeks later, on 27th April. But if you can't wait, fire up their MySpace now http://www.myspace.com/metric to hear the album streaming in full.

Following the release, the band embark on a set of UK dates including a headline set on the Drowned in Sound stage at the Great Escape festival in Brighton. Catch their incendiary live show at the following: