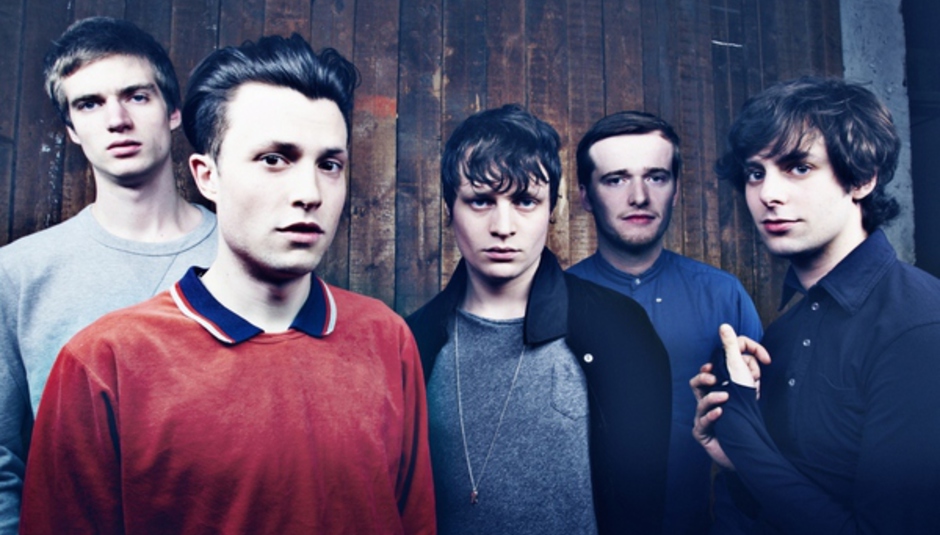 After repeatedly listening to their recent free download, 'No Kind Words', DiS asked those lovely chaps The Maccabees about their new album, and they wrote us a lovely letter back.

Our love of the Brighton-based five-some goes back to seeing them for the first time in 2005 at In the City and promptly inviting them to join the likes of Jamie T and Jeniferever at our 'Six Tips For 2006' gig. We loved them because of their potential to graze both hearts and charts. There was something about their twist on indie jangle-pop which got us excited, and it would seem we were far from alone, with Colour it In finding diehard fans, whilst being embraced by the critics and producers of mainstream TV and Radio shows.

On hearing 'No Kind Words' - the free download they made a available a few weeks back - we got even more excited. After repeatedly listening to it, wondering how they managed to give The National a brooding makeover, it seems we may very well be chanting their name come the time we reveal our end-of-year-list.

Here's the video for 'No Kind Words':

We dropped the band a line to see what they could tell us about their new album and along came this letter from Felix... We've finally done it: finished our second record. I really think we've achieved what we wanted to. It's a record we can all listen to, be proud of and, most importantly, enjoy. We were very keen for it to be a huge step on from the last record. We felt that we're definitely a better band than a lot of people think. I suppose there was a point to prove. Sometimes I think that can be a healthy thing. In this case it was. We knew we couldn't fall into the second album trap of making the same thing but worse.

When I wasn't in a band, I used to always accuse groups of being lazy when they took two years to make an album, but when you are doing it yourself you want to put out something that represents you at your best. Now we have a little bit of experience of being in a band – writing, recording, touring and all the stuff that comes with it – we’ve come to realise that if you are not proud of what you do and really love it, then it isn't really worth doing. There's no point in touring a record you don't like.

The album was recorded over three months in Liverpool, Lincoln, Paris and finally Reading. It was a proper adventure: xylophones were dusted off and then safely put back in their box without having gone anywhere near a microphone; a last minute messenger was sent to Laura Marling's house for an Accordian (thanks Laura!); and for the first time we had a few other musicians on a Maccabees recording (Peggy Sue, Laura from Blood Red Shoes, and Kelly and John on brass). In between a whole lot more happened, but it’s too much to recall or to put in here. Maybe we’ll tell you about it another time.