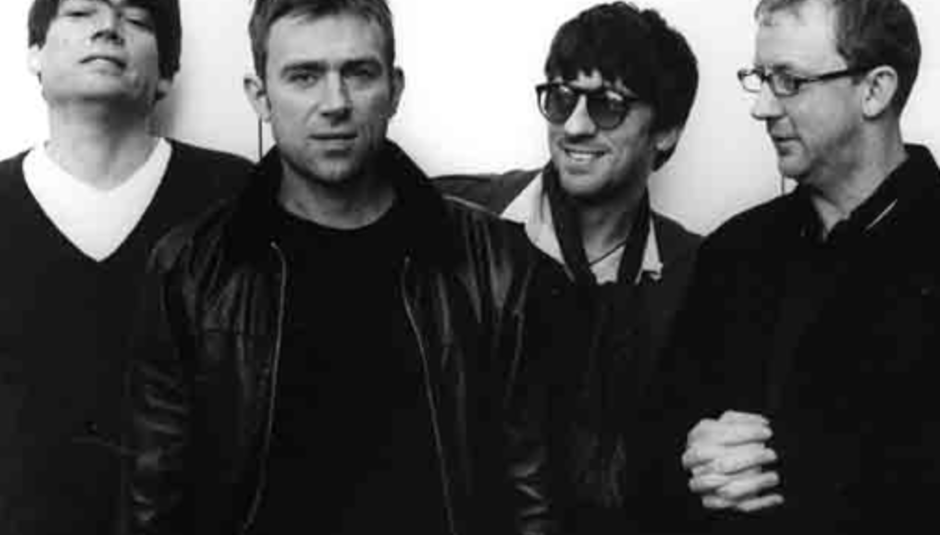 Damon Albarn and Graham Coxon have confirmed that their differences are over, that they're friends again and/or that Blur are back together because they have "a reason to exist," and that "something's on the cards."

Speaking to the NME Damon said:

"It just felt it was right again... It somehow feels like there's something for us to do again, we're not completely useless or pointless, we've got a reason to exist."

Coxon concurred, saying that they wanted to make "public what's been going on a little bit privately. For the benefit of the fans and those interested we can say that something's on the cards."

A press release confirming their reformation with their full line-up (for the first time since their Royal Festival Hall performance in 2000) reveals a show in Hyde Park, London on Friday, July 3rd. Tickets for this go on sale at 9am (GMT) this Friday (December 12th). All tickets are £45.00, are limited to six per person, and subject to a booking fee. The promoters recommend fans purchase tickets from official outlets only.

Not from London? Damon also added:

"We'll do something in London because that seems sensible but we're also playing in other parts of the country working up to there."

By 'there' he might mean Glastonbury, which has also been rather sensibly rumoured but at this time we can't confirm these rumours.

We'd also put money on there being more news soon and that the 'something' is the follow up to 2003's Think Tank, the last band's last album (which was really rather good, wasn't it?) and their only release following the departure of Mister Coxon. Damon has since been involved in Gorillaz and more recently his opera Monkey: Journey From The West whereas Rowntree went into politics, Coxon released some solo records and Alex James became a farmer and a judge on MobileACT Unsigned.

Before this announcement was made, The Sun quoted a source, saying:

“It was the reunion many thought would never happen. Graham and Damon’s relationship had become toxic by 2002... But they’ve patched up their differences and are friends again... The group have done some rehearsals and are all chuffed with the results. They’ve decided is the time to go back out on the road.”

Here's the best thing we could find on YouTube to mark this occasion:

DiScuss: Excited? How much do you or did you love Blur? Will it ever be the same? Will their new songs be about Chinese cheese?