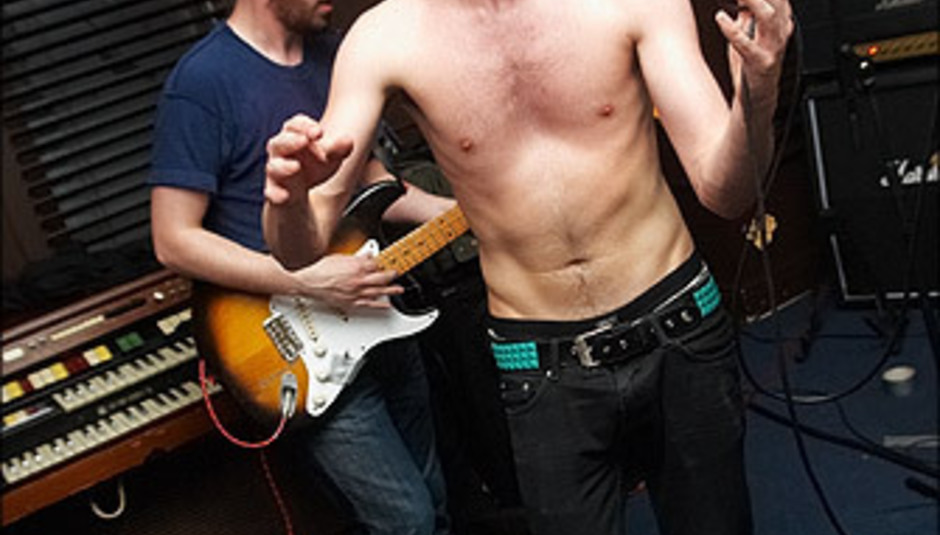 Two pieces of good news from everybody's favourite fight-poppers: the album finally gets a release early next year (it's called Hey Everyone!, and is out April 6th on Best Before), PLUS they're off around Europe to support Kaiser Chiefs in January and February 2009. Crikey! How exciting.

Scotland, then: pretty good at music? The organisers of the new Hinterland event ("Glasgow's first single ticket multi-venue art and music event") seem to think so because they've put faith in a whole load of the country's charges in announcing the initial bill. 20 of the 30 in fact! Ready for the full list?

Phew. See HinterlandFestival.com for more information on the festival, which takes place next year on April 30th and May 1st.

We fucking love M. Ward. We really, really do. That's why we'll be on the phone this Friday to purchase tickets for his recently announced show at London's Borderline on Wednesday February 25th 2009. Check his website for more details on how to join us. Ward's new album, Hold Time, is released the week before - February 25th - by _4AD, and features guest appearances from Lucinda Williams, ex Grandaddy man Jason Lytle and Zooey Deschanel. Ooh!

Early shout for busiest band of 2009? Leeds-based mentalists Pulled Apart By Horses, semi-naked purveyors of good time rock and roll, are doing loads of stuff next year. A double A single on Too Pure, 'I Punched a Lion In The Throat / The Crapsons', drops in January, they also play a Huw Stephens Introducing... tour with fellow DiS faves Sky Larkin before embarking on a joint headline jaunt with We VS The Shark in March, a month which also sees them putting their audio goodness to one of Dance To The Radio's compilation CDs. An EP proper follows on Big Scary Monsters in late March/early April before "A TBC support slot to a rather noisy, mathy, bunch of youngsters hot on everyone's lips just now." Any ideas?

Looks like early 2009 is also going to be a pretty busy time for our favourite Kendal-spawned bunch of oddball-poppers. As well as their recently announced February tour, the band are set to go into the studio to record the follow-up to acclaimed debut Limbo, Panto. Bassist Tom Fleming told Clash Magazine:

"We've got a lot of songs floating around, and a lot of the Limbo, Panto songs were around a long time before we recorded them. We want the new songs to come together in the studio... We've never really been in a studio before, but hopefully we will be in January. I shouldn't really speculate, but that's the plan"

Want to own a piece of the new Patrick Wolf record? Like, literally? Well, you're in luck because he's signed himself to Bandstocks.com and invited fans to invest their hard earned cash to help finance the recording of Battle, which is due sometime in the New Year. £10 buys you a 'share' of the album. Here's what Wolf had to say:

"It's the beginning of the future for artists and musicians in the music industry. There's no way we can rely on conglomerate, corporate companies any more... Basically, you can invest in the finishing of the album and the production of it, and you get a share in the album. So you almost become part of the record company, like a co-owner of the album"