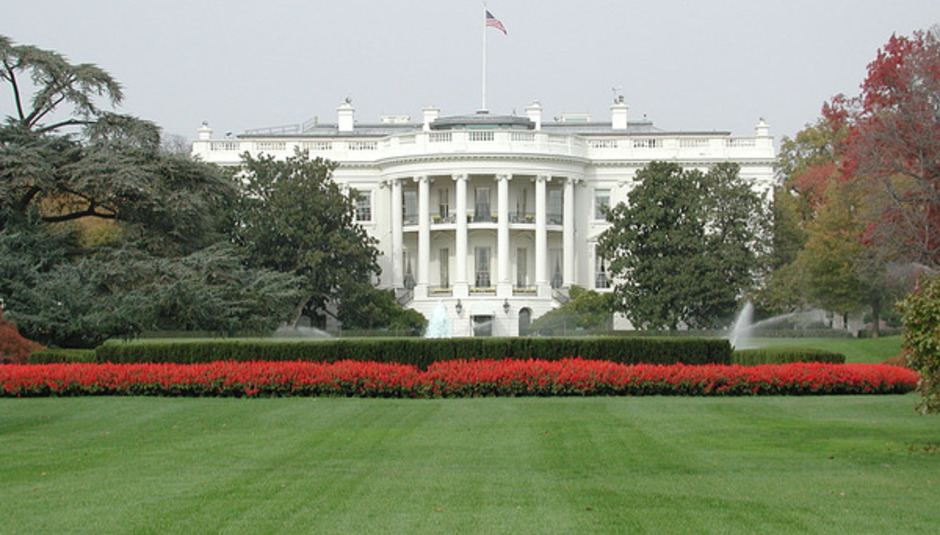 Back in 2006, the debut album from Snowden was given an 8/10 review by this very site. It was a different time, and the album sounds as if it is all too aware that the 2008 presidential election was a distant, unfathomable event. Now, here, frontman Jordan Jeffares talks exclusively to DiS from Atlanta, Georgia on the approaching stampede to the White House – you’ll have heard about it no doubt – and what culture has had to say about the last eight years. If it’s your anathema, Jeffares has this piece of sage wisdom… “If you don’t want to read anymore, don’t read this interview.”

DiS: Let’s start with an easy one: what are your feelings as George Bush enters the beginning of his end? What will you remember the last 8 years for?

JJ: In his first term he was already a nightmare. At present, we're witnessing what happens when conservative policies and globalization run their course.


I will remember the lie that is the Iraq war and the current failure in Afghanistan, the sacrifice of privacy in the name of safety, the doubling of the national debt, the mishandling and torturing of prisoners at Guantanamo, the blind patriotism that white washed all of it. I want to say the last eight years have been frighteningly Orwellian but this is nothing new.


What is your opinion on the quality level of cultural dissent in the last 8 years; and, to ask the ironic, do musicians and political activism mix?

I don't care if musicians and political activism mix or not. Musicians are people. You're already getting part of what they think in their lyrics.


I've only been politically active and aware for seven years. I didn't start paying attention until I was 20, right as 9/11 forced dumb, ignorant kids like me to pay attention to the rest of the world and what my country was doing there.

That said, I can't really comment on the quality of dissent. I would say it's the same it has always been, only a bit more relaxed because the big material battles have already been won (civil rights, women’s rights, ending the draft). The battle's we face now seem like icing on the cake when you consider that we were one of the last developed nations to practise segregation.


Anti-Anti dealt with nihilistic themes, and battling helplessness in search of idealism – do you think there'll be a more hopeful America regardless of who wins in November?

If Republicans win the White House after what has gone on in the last eight years, and against such a strong democratic ticket, it's going to be very hard to be hopeful. Personally, I was already floored in 2004 when W won his second term. I was finishing my degree right before the invasion, learning the history of U.S./Arab relations as the case for invasion was being made to the American people, and my professors were shaking their heads, trying to remain objective and not say anything that would piss off anyone's parents.


I was part of the minority of the country that understood the very simple fact that Iraq had nothing to do with 9/11. Unfortunately, I live in a country where 37% of the electorate can name the president of Russia. When you're dealing with that, it's just a matter of who has better PR. As for hope, the left is betting on a better tomorrow, the right is so brainwashed with the "War on Terror" that they'll vote for anyone who claims they will protect the country.


How is the atmosphere over in Atlanta itself? Which way is the consensus leaning?

Atlanta, like every urban center, is a Democratic dot in a Republican sea.


Barack Obama was greeted by huge crowds across Europe – will his popularity abroad affect your vote, and what did you make of the negative impact it had on him to be seen as Europe's favourite?

Liberals use the fact that Europe loves Obama as reinforcement for his candidacy. Conservatives see it the other way. You would be amazed at the amount of conservative resentment for Europe, especially France.


Finally, to wrap it up, what are hoping to be thinking when you wake up on November 5th?

It's going to take eight years to clean this all up.