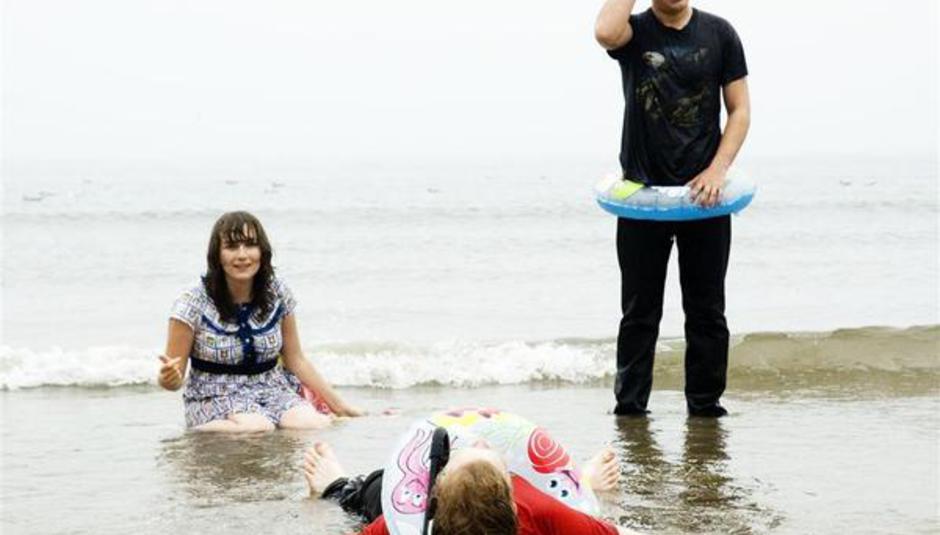 The trio previously issued two 7”s on the Leeds-based Dance to the Radio label, and will release their first single on Wichita next month.

‘Fossil, I’ is out on 20th October and is followed by an album in January next year. We chased both label and band for quotes, and from Wichita received the following missive: "We're always trying to find artists that are ploughing their own furrow and what we love about Sky Larkin is that they marry a fiercely DIY ethic in the truest sense with the best pop melodies we've heard since. Belly". Strong words.

Sky Larkin themselves merely had this to say: “SL4WR4eva. idst.” Anyone?

The band, who are currently touring with Conor Oberst in Europe, are to play our next DiS Rota show on 27th September, Full details are:

DrownedinSound.com vs Fear and Records in conjunction with Rough Trade…

SPORTSDAY MEGAPHONE
MySpace: here
Plus!
DrownedinSound.com vs Fear and Records DJs playing stuff you can and can’t dance to. But it’ll all be brilliant. We'll be drunk. Hooray.