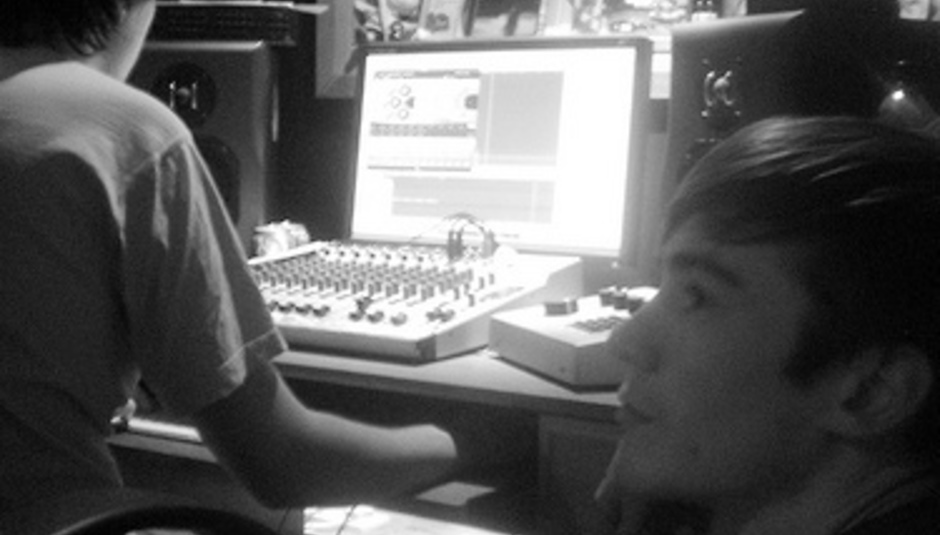 In the studio: Youthmovies promise "country and calypso"

Oxford prog-rock quintet Youthmovies were in the studio last night, recording material that'll make up their next release, an EP scheduled for November.

Our spy on the scene reports that the band are exploring country and calypso territories on the new material, and guitarist Al English adds that "a whole lot of laughter" also echoed around the Dreamtrak studio in London.

"The EP tracklisting is still TBC but in addition to the studio tracks we're working on two or three recordings at home, including 'Become an Island', which we improvised with Adam Gnade and Joe from 65daysofstatic late one night back in October 2007 at Seamus Wong Studios (where we recorded Good Nature). Photos from that session here.

"We also have some friends working on remixes which we're pretty excited about. But those aren't announceable yet."

Youthmovies have a series of tour dates confirmed for November - check them out in full here.